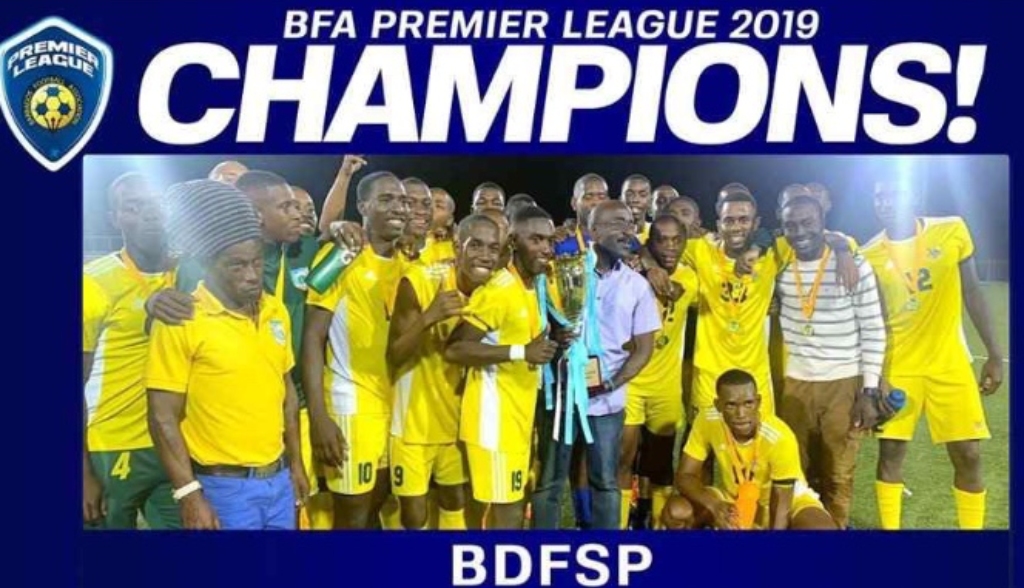 Last Sunday night at the BFA Wildey Turf, Wales won 2-1 against the Barbados Defense Force Sports Programme (BDFSP) but were defeated 5-4 on aggregate in the three-game series.

Wales came into the game knowing they needed to win by three clear goals to retain their title and they looked quite intent on achieving this objective from kick off.

Club captain Jabarr Greene returned to the Wales squad after a lengthy absence and his presence was surely felt; through his distribution and organization in the midfield, as well as his partnership in the midfield with Hadan Holligan and Romario Harewood.

Holligan and Harewood combined for the opening goal in the 20th minute.

Rico Graham’s inch-perfect pass found Holligan inside the penalty area and with telepathic vision, the national midfielder found Harewood with a delightful touch, who shot powerfully beyond BDFSP goalkeeper Kishmar Primus from 12 yards.

Four minutes later, Wales doubled their lead with a fine piece of play on the left flank.

Greene played a precise pass down the left side which found the overlapping run of Graham, whose delivery was detailed with pace and accuracy for Walton Burrowes to head in from close range.

With the aggregate tied at 4-4 in regular time, into extra-time the game went and BDFSP displayed enough discipline and resilience to earn a very important goal.

A well-rehearsed corner from the left saw T’Shane Lorde picking out an unmarked Rashad Smith who headed home from eight yards in the 98th minute and earning the BDFSP the 2018-19 BFA Premier League title.