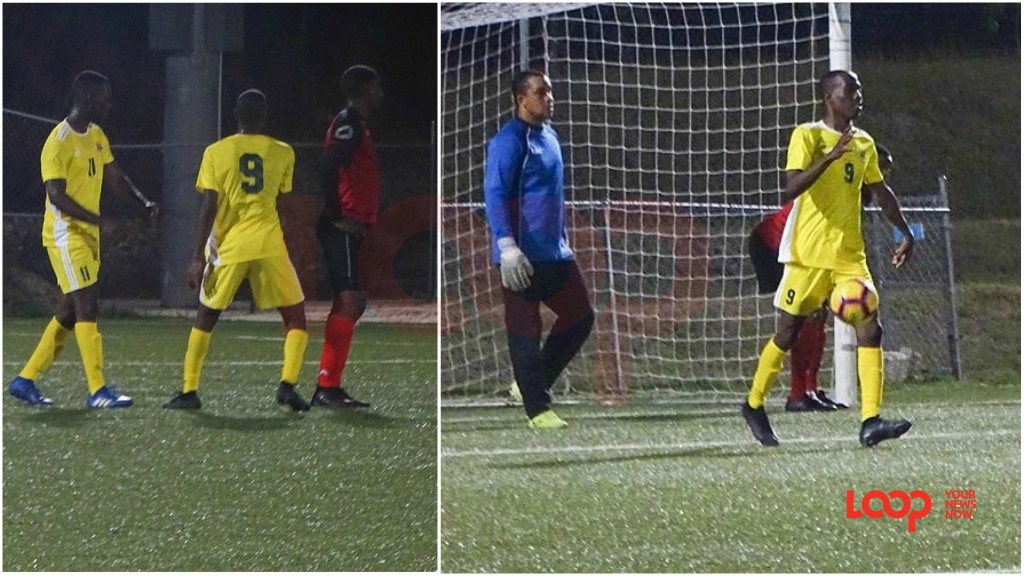 Before the fans could settle, BDFSP were ahead. T’Shane Lorde’s shot was saved by Ellerton’s goalkeeper Jamar Brewster but the ball ricocheted off the body of defender Anson Barrow and went into the net in the 2nd minute.

Four minutes after conceding, Ellerton equalized from the penalty spot, as BDFSP’s Jelani Keizer brought down Roshon Gittens inside the penalty area.

Gittens gave Ellerton the lead in the 27th minute, scoring from close range after receiving a cross from the right.

BDFSP talisman Omani Leacock scored the first of his two goals in the 44th minute to level the score before the break.  He scored for the second time in the 79th minute.

Rashawn Kellman curled a 25 yard free-kick into the top left corner in the 58th minute.

BDFSP will be without versatile player Akeem Hill who ejected by referee Matthew Alleyne in the 63rd minute, along with Ellerton duo Romario Drakes and Rosean Brathwaite.

Wales move on to Cup final