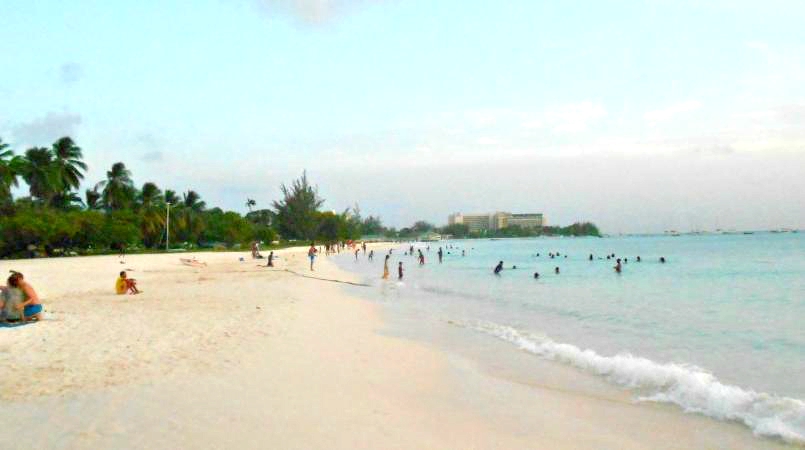 A mannequin, a mattress and a box of broken fluorescent bulbs were among the most unusual items found this morning when the Caribbean Youth Environment Network (CYEN) staged a clean-up of seven beaches along the southwestern and south coasts of Barbados to commemorate International Coastal Clean-Up Day today, September 16.

The CYEN said 85 ‘citizen scientists’ (volunteers) turned out for the clean-up effort, which netted 826.98 lbs from the beaches alone, while divers from Barbados Blue retrieved an additional 111.3 lbs underwater at Carlisle Bay.

CYEN National Coordinator, Sade Deane, told Loop News this afternoon that the cleanup is a preventive measure carried out to monitor marine debris. She explained that the exercise was carried out islandwide in 2015 and covered 50 beaches in 2016. This year, the aim is to revisit those 50 beaches to do a comparison of the items found.

“We use an instrument identifying and categorising all of the stuff (refuse), so you have single-use items – plastics, glass, cans, metal, small pieces of plastic; also identifying any animals that would have been entangled, injured or have died,” Deane explained.

She was happy to report that so far they have only encountered a small turtle and a few fish that had been trapped in debris and they were able to return them to the sea.

The CYEN listed panty shields as the most unusual item collected in the underwater dive, while on the beaches, the unusual items included a tennis racket, a box of broken fluorescent bulbs, a mattress, bottles of urine, business cards, and a mannequin.

With the cleanup still in progress tomorrow, as well as next Saturday and Sunday, Deane was not yet in a position to compare this year’s haul to last year’s efforts. However, she noted, they collected 56,000 pieces of garbage weighing approximately 4,008 lbs in 2016.

She urged, “All beach users should ensure that anything they bring to the beach, they take it away. The only thing we want them to leave are footprints.”

She pointed out that the underwater dive retrieved items such as snorkeling gear, hard plastic plates and cups, bottle caps as well as beverage bottles and other single-use items.

Deane emphasised that much of the success of the initiative was dependent on the number of volunteers and the effort they put into the cleanup.

She said she hopes to see more people coming out for the other clean-up days tomorrow and next weekend, noting, “The north and the east are usually the two areas that a lot of people don’t really gravitate to, which requires the most care, so we’re willing to work with any communities in the area – even beyond the September period.”

She pointed out River Bay, Walkers Beach and Long Beach as areas that require attention.

She also highlighted that there is an opportunity for those who participate in the CYEN cleanup to enter a Caribbean Plastic Waste Challenge Competition and win cash prizes when they participate in the Barbados International Coastal Cleanup 2017.