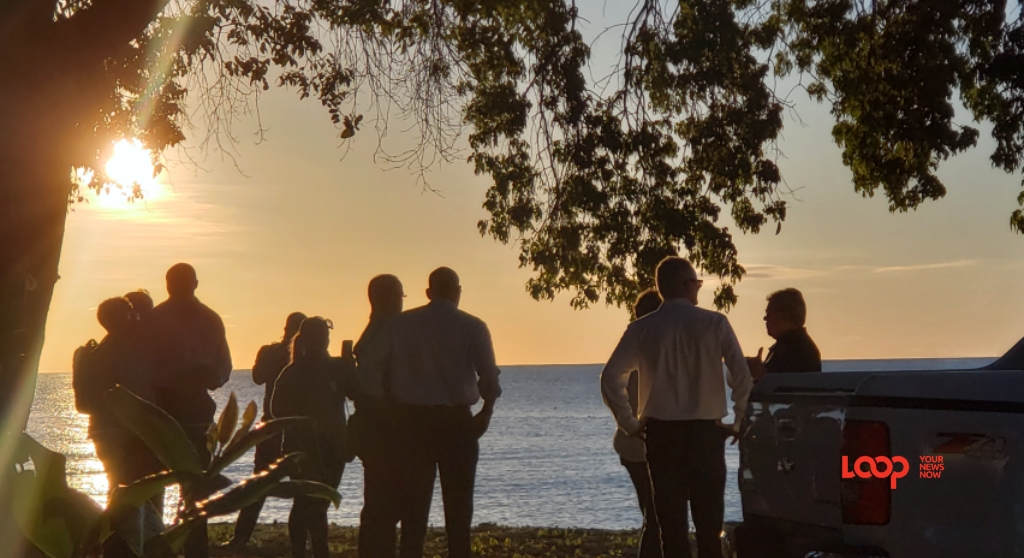 Guests visiting Barbados to stay at the Beaches Resorts once its completed by the planned date of 2021 will be wowed by more than the look of the over 500 rooms, 17 restaurants and 10 bars.

The facility is to also house an 80-seat cinema, 600-seat conference facility, six-lane bowling alley, and a theme park with a six-foot surf simulator, zip-line and waterslides, among its plethora of amusements.

And Barbados will have two trains on island when it's done as well. In addition to the highly anticipated St. Nicholas Abbey Heritage Trailway scheduled to start running end of this year, on completion, Beaches at Speightstown is to have a train with three stations.

Painting the picture of the lavish family resort which will come to reality over the next two years of construction was Senior Project Manager for the Eastern Caribbean, Terence Des Vignes. He was also the guy in charge when the sister brand, Sandals constructed Sandals Resorts Barbados and Sandals Royals.

Speaking at the site visit down Heywoods, St. Peter on Friday, October 26, 2018, he told Prime Minister Mia Mottley, Tourism Minister Kerrie Symmonds, other specially invited guests, the media and his Chairman Gordon 'Butch' Stewart - along with some of the Sandals family who were in attendance - what they could expect.

"Beaches Barbados will be the single largest project undertaken in the Sandals chain and will also be the largest construction project ever built in Barbados, also we are experiencing right outside of the beach the most extensive coastal protection works ever done in Barbados.

Speaking in-depth about the guest entertainment, he said that it will be a two-acre water park themed 'Soup Bowl' after Barbados' most popular surfing spot.

He added: "We'll have a six-foot surf simulator. We will also have a zip-line and we'll have numerous, numerous waterslides and many amazing amusements.

"There will also be a train with three train stations for all the guests..., to operate throughout the entire site, including a boardwalk that we're building to the beachfront."

There will also be a nightclub for teens and one for adults, in addition to the usual basketball and tennis courts.

And the Chairman of Sandals Resorts and Beaches Resorts, Gordon 'Butch' Stewart once again put to bed the myth that his chains want to privatize any beaches along the coasts of Barbados.

Calling this opportunity his "third time lucky," he admitted that they tried to do this at the turn of the Century, back in the early 2000s - without success. He said that there were talks of us wanting a private beach, and he once again assured "nothing of the sort was like that!"

Beaches at Speightstown is being built on the site of the former Almond Beach Resort in St. Peter, and construction is predicted to start in January 2019. This will be the fourth Beaches Resorts location - two are in Jamaica and one is in Turks and Caicos.