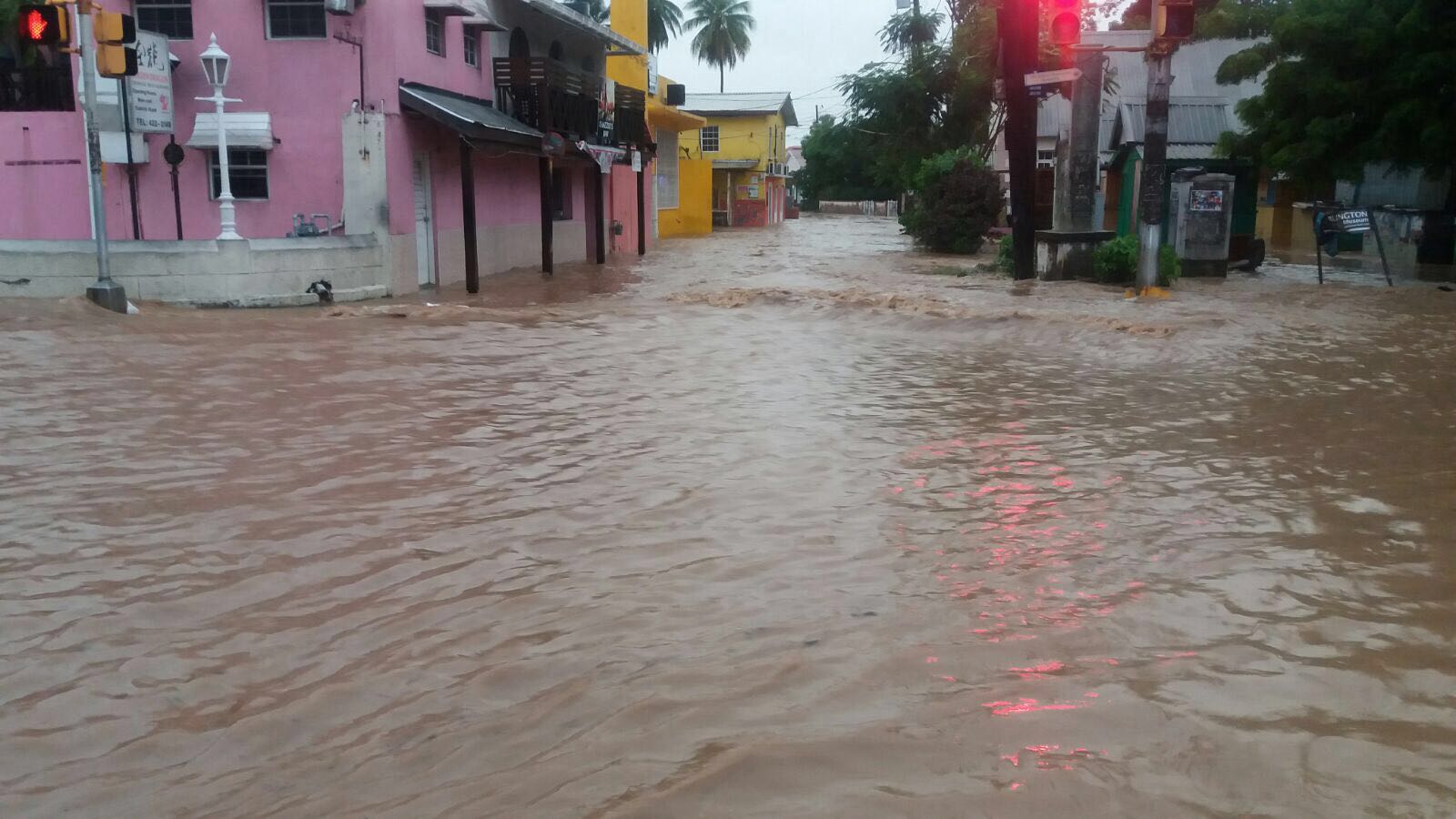 Tropical Storm Harvey caused extensive flooding in the north of the island.

Although there has been some improvement in the protocols governing a national shutdown during hurricane season there are still many issues which need to be addressed to limit the ways private sector businesses are affected.

This was the view expressed by Tony Walcott, Director of the Barbados Employers Confederation (BEC) during an interview with Loop News.

In September 2016, the passage of Tropical Storm Matthew underscored the many loopholes in the country’s protocols for shutdown with the mass confusion ensuing from the announcement of business closures and the fact that a few businesses chose to remain open during the storm.

Last Thursday Barbadians saw the passing of Tropical Storm Harvey which caused the country to be closed down from as early as 2:30 pm the day before and businesses being given the go-ahead to re-open on Friday at 12 noon.

Walcott said he received quite a few complaints from employers about the information coming from the Department of Emergency Management (DEM) before and after Harvey’s passing. He said the announcement was too short notice and put pressure on businesses to make accommodations for closures.

“Our first indication that the shutdown was happening came at about a quarter to three, only to be told that government offices had already begun to close since 2:30 [p.m/]. And when you give the other time lines for the other organisations that did put pressure on organisations because you can’t really up and shut down businesses like that.”

He said while he was not challenging the authority of the DEM, he believed they could have extended business hours based on when the storm was expected to make landfall. In that way, employers and Barbadians in general would have had more time to prepare themselves.

“We were closing down the island at 2:30 [pm] and we knew that the weather system would not affect us until probably 10 o’clock the night. I think we could’ve gone longer before we started the close down. I’m not challenging the right of DEM to call it but all I’m saying is, with the facts that were known at the point, a close down from 2:30 was probably too early.”

Walcott said he found a major issue with the way in which the DEM communicated the ‘all-clear’ to the public last Friday. He noted there was a lull in communication between the time that the storm and flood watch had been lifted and afterwards when the all-clear was issued where businesses would have lost up to two productive hours.

“With the resumption of work on Friday when no clear indication of an all clear had been given - so people were left almost to their own devices to determine if they are going to let people return to work. In my opinion there were a confusing set of statements which said the storm watch had been lifted [and] the flood watch had been lifted.”

He suggested the DEM could have issued a provisional all-clear advising the public as to which roads were impassable and which ones were safe to travel.

“If there were still some areas of roads to be cleared, they could have issued a provisional all-clear indicating which roads are still be cleared. Certainly, if that could have been done we could have started mobilisation by 10 [am] on Friday.”

He said he recognised the process for a shutdown is not one to be taken lightly and he added it still needed much work in order to lessen the potential for chaos and confusion.

Barbadians get a Grade ‘A’ for their response to TS Harvey

Residents pick up the pieces after Tropical Storm Harvey