Bermuda police find body amid search for US student 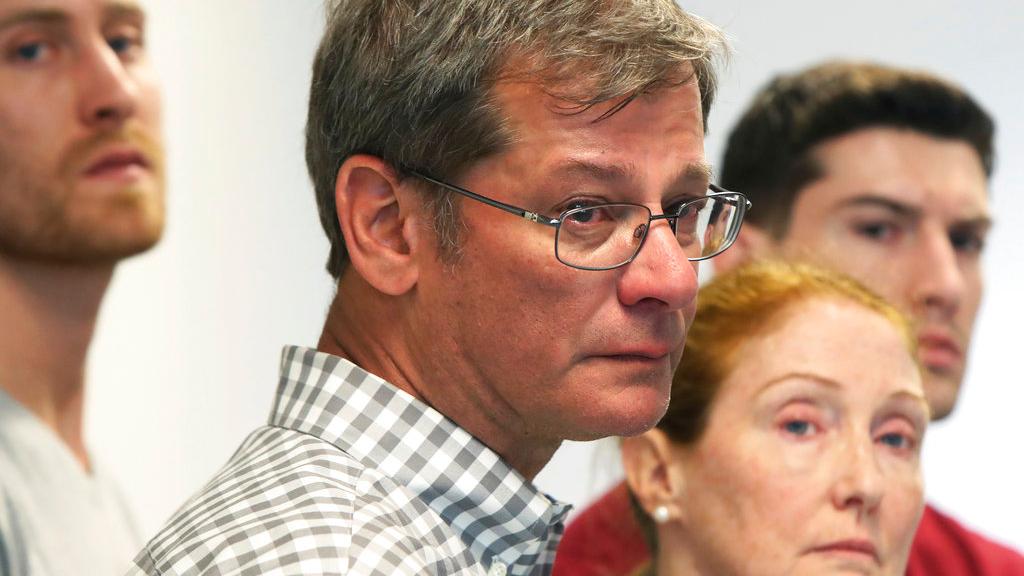 A police spokesman in Bermuda says authorities have found a body amid a search for a U.S. student who disappeared after a rugby tournament on the British island territory.

Spokesman Dwayne Caines did not disclose any details about the discovery and did not confirm that the body was that of 19-year-old Mark Dombroski.

The Bermuda Police Service said a news conference would be held later Monday.

Mark Dombroski, 19, a member of the rugby team at Saint Joseph's University in Philadelphia, disappeared early Sunday after a night of socializing.

Authorities and members of Dombroski's family had been searching Bermuda for the young man in a wooded area known as The Arboretum.

It was near a sports center where Dombroski was competing as a member of the rugby team at Saint Joseph's University in Philadelphia.

A marine unit scoured the harbor, police reviewed surveillance footage and Dombroski's family and other searchers tried retracing his steps but found no immediate sign of the slender 6-footer, a Saint Joseph's freshman from the Philadelphia suburb of Media.

"We dearly love our son, we cherish our son. ... we want him back," his mother, Lisa Dombroski, said Monday at a news conference with Bermuda police officials. "We thank the citizens of Bermuda. People have been with us shoulder to shoulder throughout this ordeal."

Dombroski had been relaxing at The Dog House, a bar and restaurant in the capital of Hamilton, when he left by himself after midnight early Sunday, police officials said.

He was last seen at 1:15 a.m., when government surveillance cameras recorded him walking east, a little more than a half-mile from the bar.

Detective Sgt. Jason Smith said there's no evidence Dombroski was drunk, or that alcohol played a role in his disappearance.

Lisa Dombroski speculated her son, who had hurt his shoulder in a game that day and wasn't feeling well, had simply wanted to call it a night. She said the surveillance footage showed him favoring his arm.

"He wasn't in a celebratory kind of mood," Lisa Dombroski said. "He wanted to get back."

Dombroski was last seen walking in the opposite direction of the Royal Bermuda Regiment camp, which provided lodging for the Ariel Re Bermuda rugby tournament on the British island territory. The team from Saint Joseph's was among more than 20 taking part.

Police circulated a flyer with his photos and asked hotels and other businesses in the area of Dombroski's last confirmed sighting to review their private security footage.

Authorities also appealed for help from taxi drivers who had been shuttling players back and forth from the Regiment camp, and tried locating Dombroski by his cellphone, which the surveillance footage showed him using.

He was reported missing more than eight hours later.