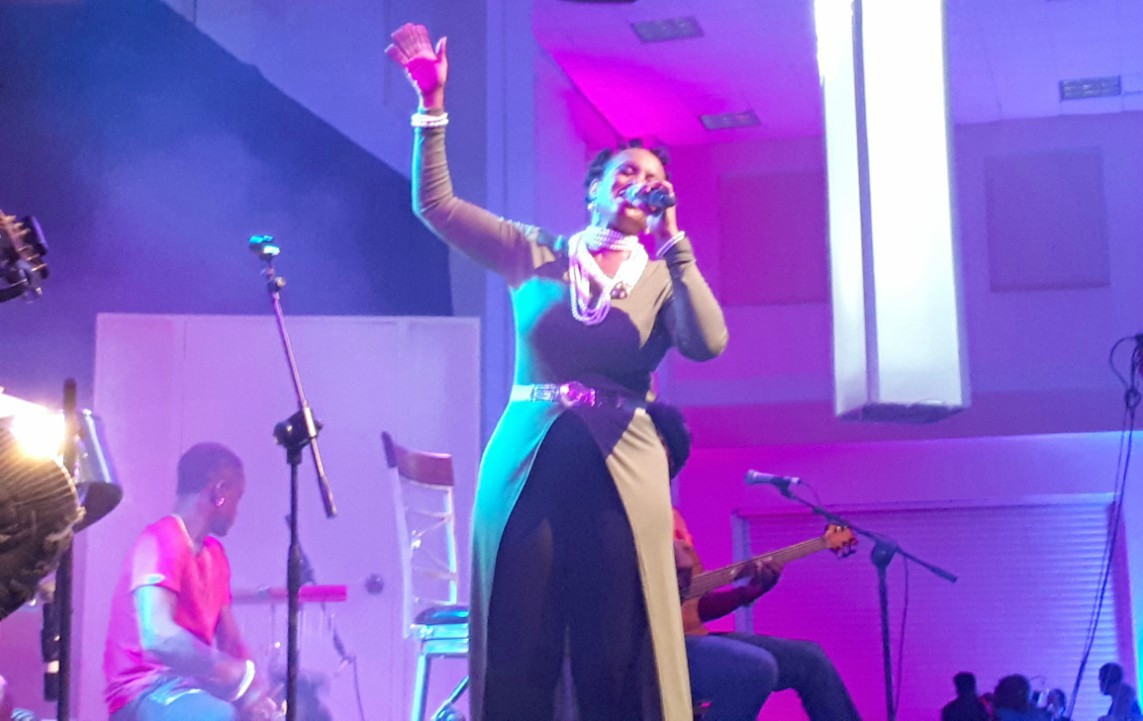 Alison Hinds during her performance at Mahalia's Corner.

If the first installment in the 2018 season of Mahalia’s Corner is anything to go on, patrons are in for the time of their life over the next four weeks.

The show kicked off last Sunday at the Lloyd Erskine Sandiford Center (LESC) with the Queen of Soca, Alison Hinds, as the featured act on the night.

But before the Faluma songstress graced the stage, the Corner rolled out a superabundance of performers to wet the palate of patrons.

Spotlight artiste, Kweku Jelani, came with a game plan to woe and wow the audience, who were certainly disappointed that the trumpeter's set did not last longer.

Kewku did not allow his nerves to get the better of him as he rendered a Damian ‘Junior Gong’ Marley classic, There for You  and from the opening note of the song he had the audience gripped. His second selection was a blues original entitled 'Do Your Thang'. Foot tapping, clapping and finger snapping from the audience showed they thoroughly enjoyed every moment his performance.

By the time the Queen took to the stage, Corner patrons were hanging off the edge of their seats. Hinds came decked out in a floor-length, army green, dress paired with black leggings and accessorized with gold.

She took the audience straight down memory lane with her older tracks such as Carnival Baby and Bazodee. Hinds did not even need to carry the tunes at some points as the audience did it readily for her.

Although Hinds was pressed for time during her set, favourites tunes such as Roll and Faluma could not be left out, much to the excitement of the crowd.

Honourable mention should go to the performers in the open mic segment of the Corner- particularly Jamie Rock who performed a cover of Daniel Casear’s Best Part in tribute to her sister, as well as Corey 'Narq' Springer who shone a new light on John Legend’s Ordinary People.

Over the next four weeks, Mahalia’s Corner will be featuring Three Kings- John Yarde, Alix Cage and Raphael Soul; Ch’an, Mighty Gabby and Trinidad groovy soca artiste, Kerwin Dubois will bring the season to a close.

My Release: Alison Hinds says thanks to fans while 'shelling' the road