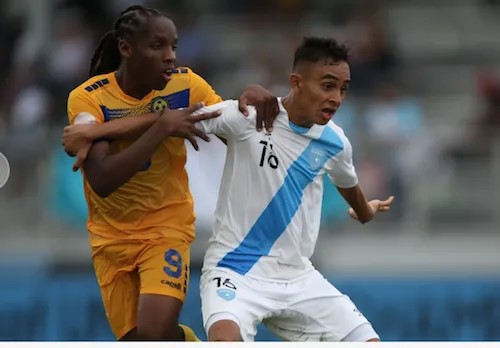 Abiola in the yellow jersey.

With four points from four matches, the early stages of the 2020 Coca-Cola Barbados Football Association (BFA) Premier League have been tough for the Empire SC unit.

There have been a number of players exiting the club and subsequently replacements had to be recruited to fill those voids, but they have not quite adapted to life in Bank Hall so far.

Therefore, it is going to take the efforts of the senior members of the team to pull Empire out of this slump and back to the impressive form they have shown over the last two seasons.

One of those senior members is Christ Church Foundation Secondary School forward Abiola Grant, who is in his third Premiership season and is not 18 yet.

Loop Sports caught up with Grant to have a word “from the dugouts”.

Why do you play football: I play because football is my passion and I believe I can earn a career from it.

Life’s philosophy: to be a millionaire

From the BFA dugouts: A minute with Omani Leacock