BHL donates over 95,000 litres of beverage to Dominica 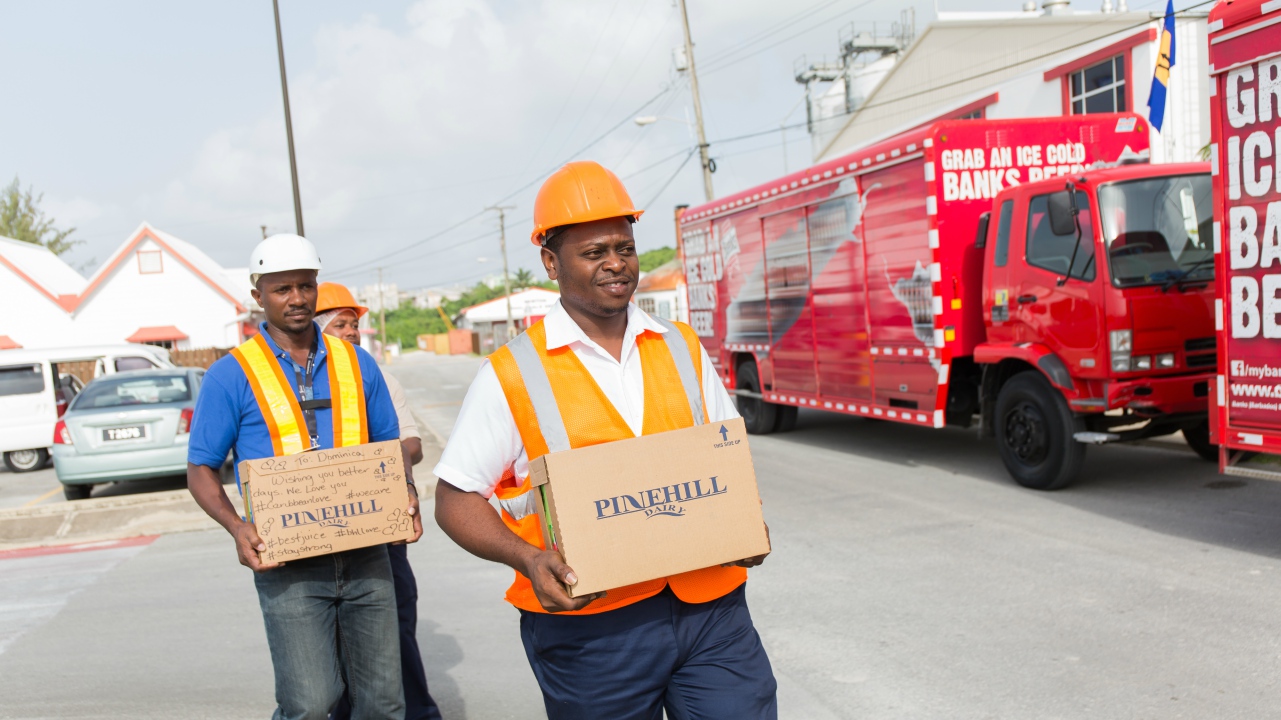 Banks Holdings Limited (BHL) will this week donate 95,210 litres of water, PINEHILL juice, PINEHILL milk and Tiger Malt to the Caribbean Disaster Emergency Management Agency (CDEMA) to assist with disaster relief efforts in Dominica after Hurricane Maria. This contribution represents the largest product donation in the history of the company.

The donation will be shipped to Dominica, in seven 40-foot containers via Geest Line and is scheduled to arrive in the island early next week.

BHL’s parent company, AMBEV, has also pledged to transport a further 150,000 litres of water from the Dominican Republic to Dominica, over the next two weeks.

“AMBEV owns and operates the Dominica Brewery & Beverages Limited, which was badly damaged during the Hurricane. Many staff members know persons who have been impacted by this disaster, and wanted to help in a significant way.”

BHL has also created a Disaster Relief Fund, made up of employee donations which the company has pledged to match. That Fund will also be donated to CDEMA to assist the victims of all hurricanes throughout the region.

BHL staff have also been collecting canned goods, tarpaulin, sanitary items and water. The company is working with several relevant stakeholders to have these items distributed to Dominicans in need. 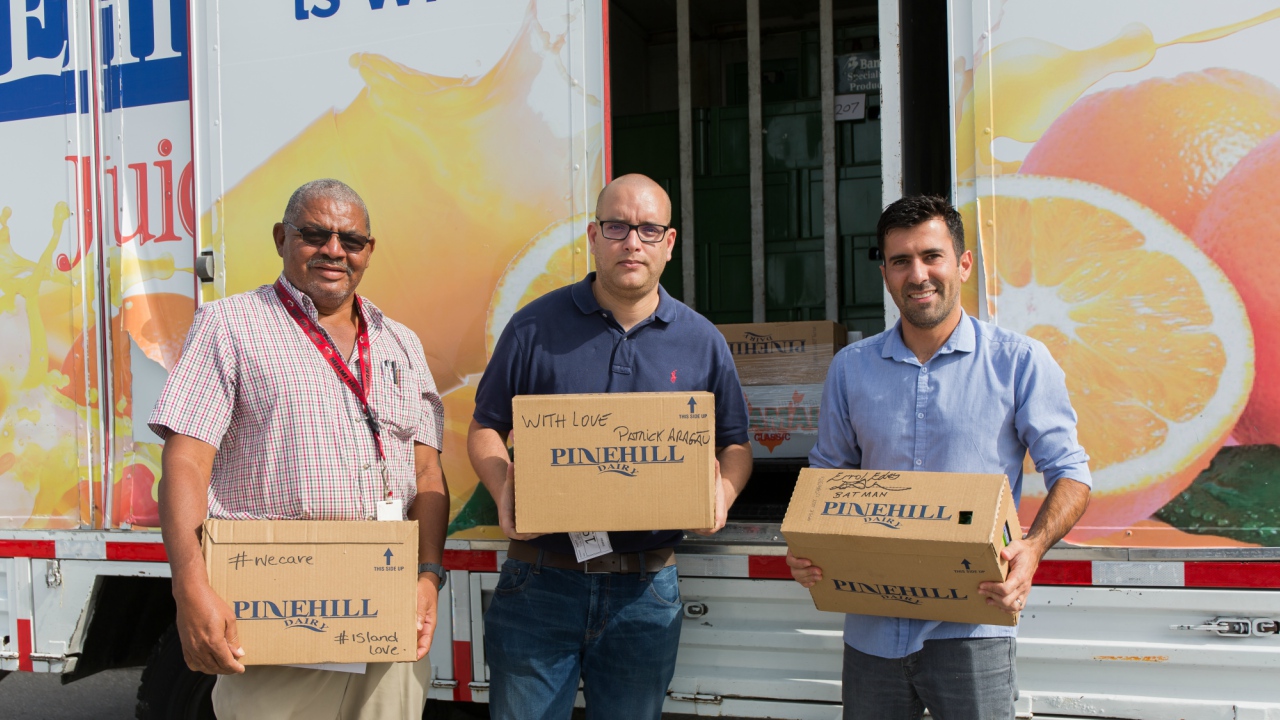 (From left) BHL’s Post Mix Manager, Tony Barrow, Head of Logistics, Patrick Aragao and Director of Integration, Daniel Levorin, showcase some of the signed cases of PINEHILL juice, which will be donated.

PM Skerrit: Supplies will get to all Dominicans

US$19 million payout to Dominica