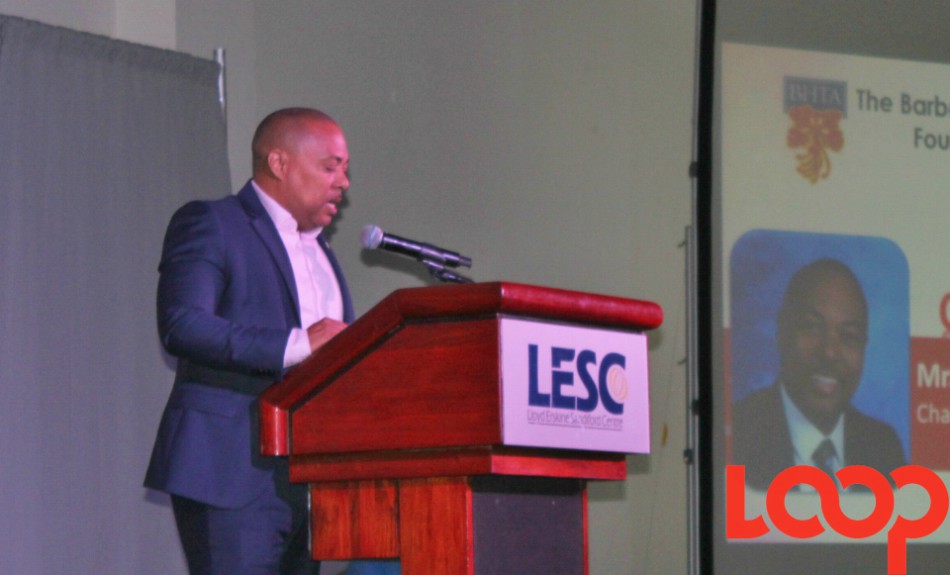 Chairman of the Barbados Hotel and Tourism Association (BHTA) Stephen Austin has suggested the Sandals Barbados and Sandals Royal Barbados have contributed to an increase in visitor arrivals to the island.

He was speaking last night as the two entities celebrated with repeat visitors attending the hotel’s Sandals Select Rewards Awards ceremony, held in the Ballroom of the Sandals Royal Barbados.

The activity forms part of Sandals Resorts International's Annual Reunion Week and is celebrated over the Easter period.

“As the Chairman of the Barbados Hotel and Tourism Association, where we have over 80 accommodation members and represent approximately 5,500 rooms, Sandals, with [its] 502 rooms, plays a significant role as a partner in the Association and, also contributes to the overall development of our Tourism industry.  The preliminary arrivals in Barbados from January to March 2019 showed an increase in visitors of 2.9 per cent which represent 5,971 more visitors compared with last year. This increase can be mainly identified with increased visitors from the UK of 11.7 per cent, Germany 8.7 per cent and the US by 4.7 per cent.

“I also believe that you the awardees this evening have contributed to the increase arrivals and to the success of our little rock we call Barbados.   We at the BHTA remain committed to working with Sandals and all of our partners to make Barbados competitive in today’s unstable global economic climate. The Sandals model reassures us all that value for money is vital towards maintaining a sustainable tourist industry. Sandals has become one of the most well-known, award-winning hospitality brands in the world,” Austin told the awardees, adding he believed Barbados and its brand has benefited enormously from the success of Sandals Barbados and Sandals Royal Barbados.

Over 140 couples attended the event, which Loyalty and Travel manager with Sandals Barbados Angela Hinkson said was a major increase from last year.

“We issued Sapphire Awards for guest who would have completed 25 nights stay, Emerald Awards for those completing 45 nights, as well as a free week stay on guests accomplishing 70  paid night at any Sandals or Beaches resort.

We also awarded Diamond status.  [That] is achieved on completion of 100 nights.  Guests who reach earl status; they would have accomplished in excess of 250 night, they would have also been recognized.  Once they are Sandal Select members, we keep their nights tabulated and recognize them on completion of each tier,” she explained, adding that 11 couple received free week stays, with one of them accepting their fifth such award.