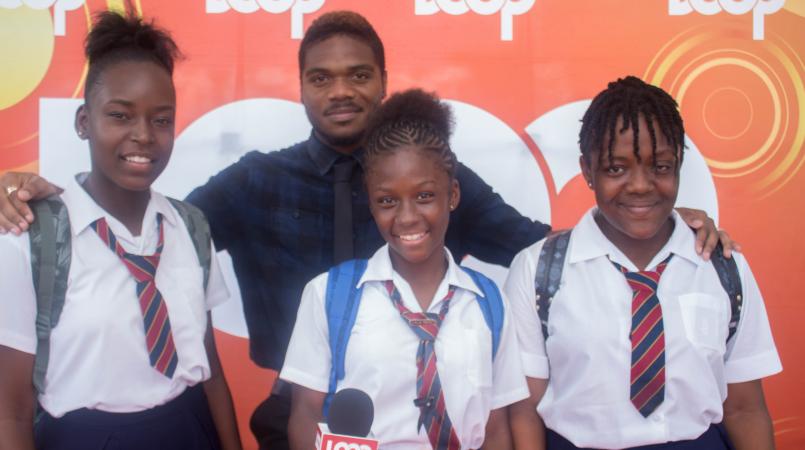 Their career showcase was held on Wednesday, October 19th and attracted students from across the island.

On Monday, 17th October an opening reception was held, which was invitation only to sponsors, BIBA members and strategic partners.

Tuesday morning, a secondary school symposium was held at The Lloyd Erksine Sandiford Centre which attracted approximately 250 students from around the island. Tuesday night there was also a public discussion forum at the Grande Sale entitled "International Business- Breaking Down Barriers" which headed a vibrant discussion between Gabriel Abed of Bitcoin, Troy Weekes of EZ Learner and Curtis Greaves of Animekon.

Their business week continued on Wednesday with a career showcase which was held at the University Of The West Indies' Guild Lawn.

Representatives from these businesses spoke to individuals about their specific companies informing them what the business was all about and if there were any job opportunities, while interview techniques and CV writing were also being taught. Individuals were given the opportunity to practice scenarios and got tips on the do's and don't of an interview.

Students from The Fedrick Smith Secondary School, St.Michael School, Combermere, Alleyne School, as well as those from The Barbados Community College and UWI attended the showcase.

Persons who had recently graduated from UWI also attended carrying with them their curricula vitae in hopes of landing new jobs.

Loop News spoke to a few individuals who attended the showcase.

"Overall the showcase was interesting. In my opinion, the Loop booth was the most fascinating. I didn't know about their app or anything but when I get home I will make sure I download it ," said a student from the Alleyne School.

One UWI student admitted that although she did not know about the showcase, in passing after class she decided to stop by:

"It looks interesting! If you're walking by and you look at it, you will want to know what's this happening because there's a lot of people and a lot of activity going on."

Loop also spoke to Mialisa Fenty, Marketing and Communications Officer of The BIBA.

"The event is going good. We had a really good turn out. I was really surprised and happy to see the secondary school students this morning, I saw Fedrick Smith, Combermere,UWI students and some other schools. We had a good turnout from the secondary schools this afternoon and even the business professionals, some business professionals came out too. I don't know if anyone from BCC or Polytechnic is here but we did send them an invitation so hopefully, they came out as well!"

"I know people come looking for certain careers. I guess the only downfall is that we couldn't get every career that we wanted, unfortunately, but it looks like next year we will make it even bigger."

The Business Week continues through today and Friday with an International Business Conference at the Hilton and on Saturday with the BIBA Charity Fun Walk/ Run which starts and finishes at The Pirates Cove.

Outside the week of activities, BIBA will be doing a few more activities. Their community project which is a beach cleanup will be held on the 29th of October from 6:00am to 8:00 am. Their first national secondary school quiz will take place on Monday, October 31st. Both locations are to be announced soon.