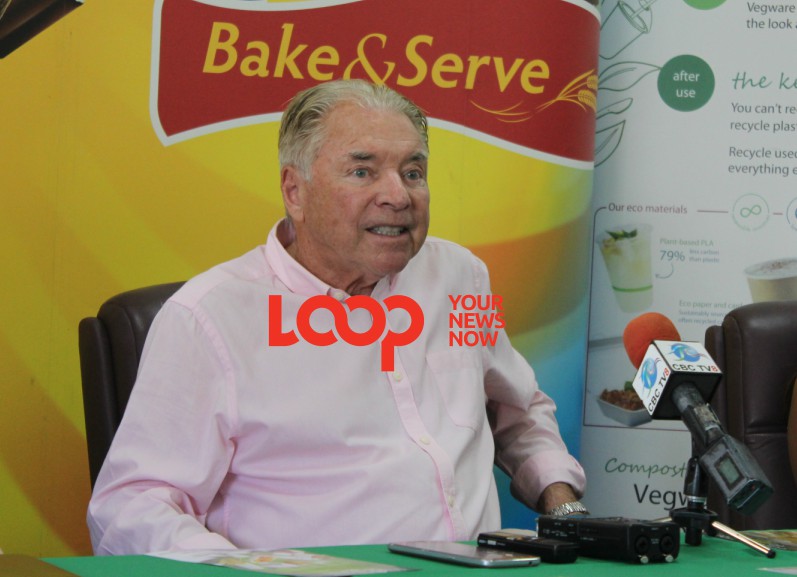 While several businesses have been forced to close due to the COVID-19 shutdown, BICO Limited has escaped the wrath of the novel pandemic.

Executive Chairman of BICO Ltd, Edwin Thirlwell informed Loop News the company's Harbour Cold Store, the largest storage area for imported and local products that must be kept frozen or chilled, was "almost filled to capacity".

The closure of hotels, restaurants, and fast-food chains has forced small poultry farmers and poultry processors to use BICO's one million cubic space for the storage of their goods.

Thirlwell also revealed that despite the closure of the cruise industry, the Harbour Cold Store has benefitted by the Government's move to keep the borders open, with docked cruise liners sourcing their food products and supplies from BICO's facility.

"What is happening now is that no fast food outlets are working, the shops have been closed until Wednesday and they can’t sell them. We are getting now is three lorry loads of frozen chicken arriving to be stored as an emergency until the market opens and they can sell it, so [the Cold store] side is very buoyant at the moment, coupled with the fact that we are receiving shipments that have to go out to the ships anchored off of the coast because they have got the crew on board and they are running out of food.

They send a container down and some big cruise liners will have three ships anchored off so they send a container of mixed things for the crew and we split it into three and somebody delivers it to the ship on a tender so that basically is the way the cold store is working," Thirlwell told Loop News.

He expressed the Cold Store sought to accommodate regular customers despite the surge of goods. Thirlwell assured there was enough goods to supply the local market. He added since the supermarkets, minimarts, gas station auto-marts reopened on Wednesday, there has been a steady flow of business.

"We have to be careful that we don’t take in all so that we do leave space for our regular customers who send things on a weekly basis and we store it until it arrives and we take it out. . .

If we fill the store with chicken, people will only come when they are in crisis and then we wouldn’t be able to serve our regular customers. This week we received a 40-foot container of garlic. That is a regular shipment so we cannot put ourselves in a position where we cannot take that," the BICO executive chairman commented.

Zero cases of COVID-19 recorded in Barbados for April 15, 16