Big names in the mix for Barbados vs Bermuda international friendly 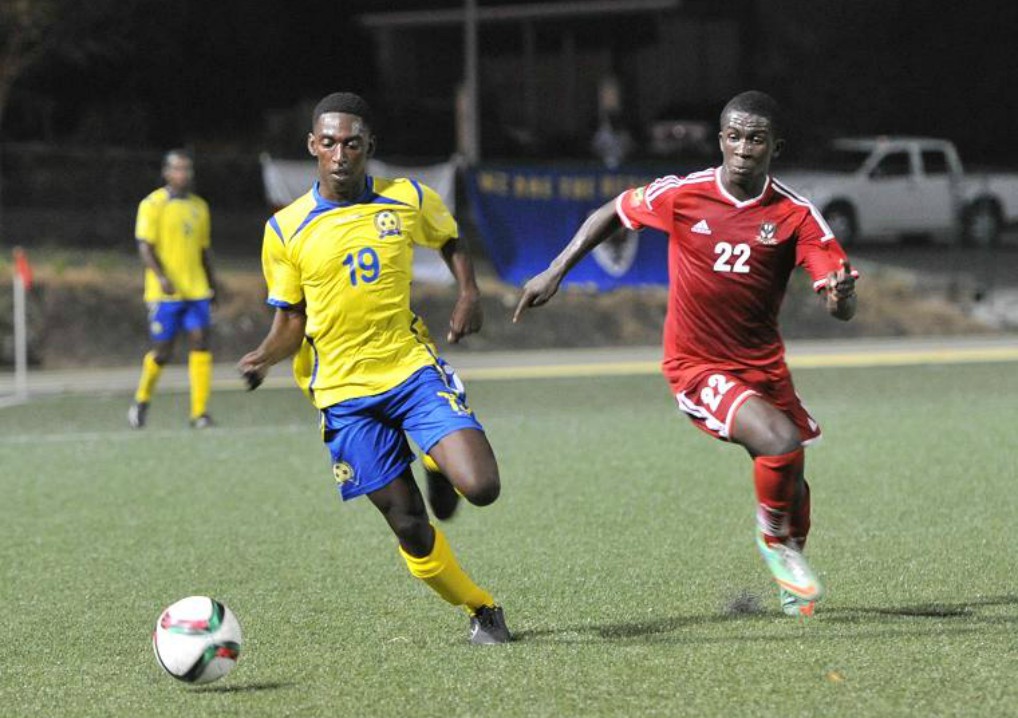 The Barbados Tridents went down early 0-2, when Bermudan goal scorers Willie Clemons and Jaylan Bather converted in the 8th and 19th minutes respectively.

However,  Howell stole the show when he was introduced , scoring twice within three minutes to add to Zeco Edmee’s earlier strike, to hand the Tridents their first victory over Bermuda since 2004.

Howell’s inspirational performance has earned him a place in the returning encounter today at the Usain Bolt Sports Complex, but it has also led the national selectors to continue their mandate of giving youth an opportunity and rewarding good performances.

Carl Hinkson, Ray Francis and Thierry Gale will all be in line to make their international senior debut against the “Gombey Warriors”.

They have each represented Barbados at the U17 level and are dynamic players who have shown the necessary quality to make the grade.

Hinkson is currently in his Junior year at Southern Illinois University Edwardsville, where he is a regular starter for the Division I outfit who plays in the Mid- American Conference.

The former Harrison’s College attacker is expected to fill one of the full back roles, where his pace, energy and technical ability will offer some quality to the Trident’s attack.

Francis, a youth product of the Pinelands Football Academy played in the Premiership as a 15 year old and is one of the key players in the national U20 squad, he has been rewarded for his consistency and his versatility makes it a mystery as where he is deployed on the night.

Sixteen year old Gale is the son of former national forward Dwayne Gale and is currently a member of the national U17 program.

He has been a dominant figure in the school league for Pine Hill St Leonard’s Boys as well as at the club level for Pro Shottas.

Just last year at the CONCACAF U15 championships in Florida, Gale was instrumental in Barbados’ journey to the Division Two finals, scoring some key goals and displaying some skills which earned some professional interest.

With these three notable additions, they are three also three noteworthy omissions from the squad who tasted glory in Bermuda.

Then captain Mario Harte, vice-captain Ricardio Morris and influential midfielder Mario Williams who were part of the starting 11 are excluded this time around.

Action kicks off at 4 pm, while the gates are open as early as 2 p.m.