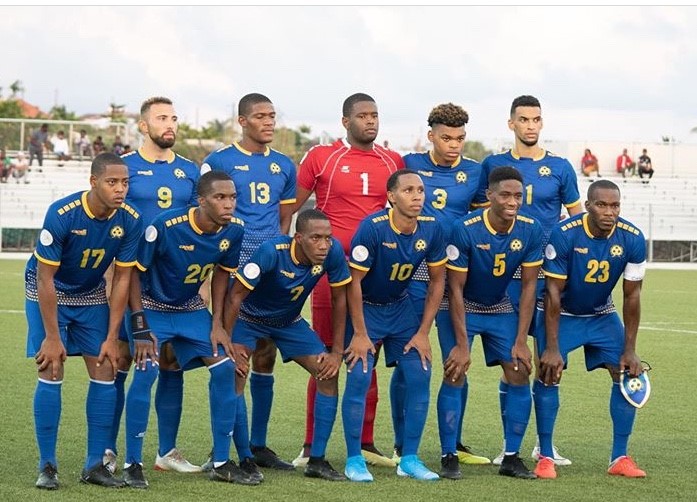 It was the perfect start to the forward’s international career and it did not take long for the Barbadian supporters and the opponents to see the class of the Maccabi Tel Aviv forward.

Blackman was a handful for the St Martin defenders; his pace, poise and skill provided all types of problems for his markers and created openings for his team mates. 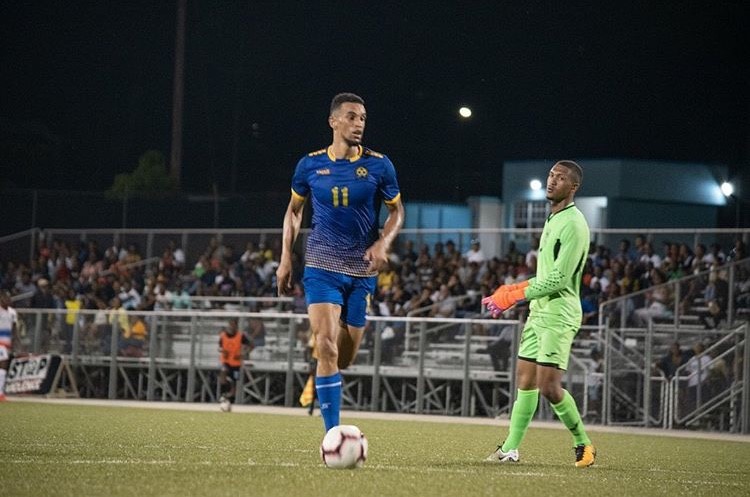 However, it was a local boy who opened the scoring for the Tridents in the 4th minute.

A right-sided free-kick by Hadan Holligan found Hallam Hope who exhibited tremendous composure to control the ball inside a crowded penalty area and play a pass into Omani Leacock whose right-footed effort from the top of the box went beyond the right arm of goalkeeper Ulrick Luperon.

Leacock turned provider in the 15th minute; picking out the run of Blackman who beat the offside trap and comfortably put away his one-on-one effort to the approval of the home crowd.

Barbados struck early again, four minutes after the restart Blackman scored his second and Barbados’ third with a classy finish from close range, sending Luperon the wrong way and converting from 10 yards.

Teenage sensation Thierry Gale entered the game in the 61st minute for Blackman and the Hungarian based attacker made an immediate impact. 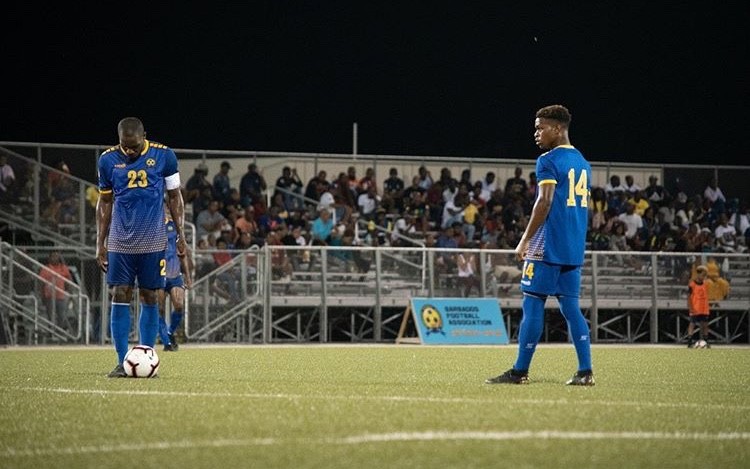 Gale scored his first senior international goal in the 64th minute and in world-class fashion; curling a 25-yard free-kick over the wall and into the right-hand corner, leaving Luperon rooted to the spot.

Barbados will face the Cayman Islands on Sunday at 7:30 p.m. at the Truman Bodden Sports Complex.