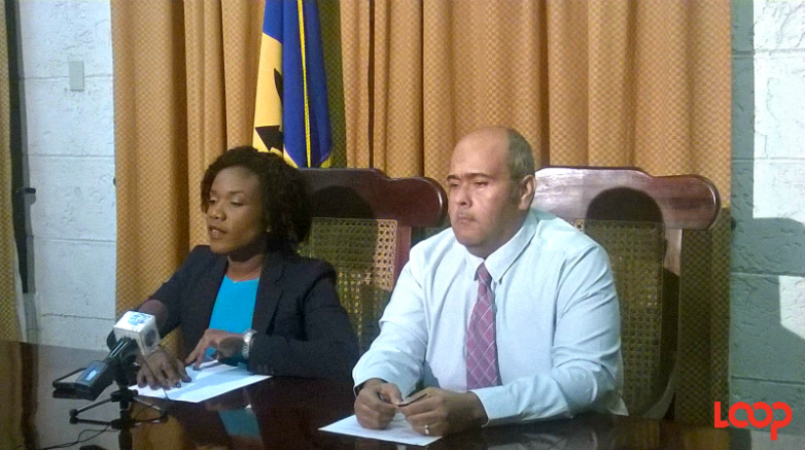 A government that cannot successfully implement a single adjustment programme, out of six attempts, must take some responsibility for its own economic mismanagement, rather than suggest that we exist solely at the mercy of external circumstances.

This from BLP’s candidate for St. Michael South Central Marsha Caddle. She was speaking to members of the media at an emergency press conference called at the BLP headquarters.

The Prime Minister’s remarks at the BCCI luncheon she urged, seem to suggest that, “We have no control over our economic destiny, and are mere victims of a global economic cloud that seems magically to be raining only over Barbados.”

Therefore, she took to task the Prime Minister the Rt. Hon. Freundel Stuart for some comments he made as he addressed the BCCI luncheon earlier this week at Hilton Barbados.

“A government that admits, as the Prime Minister does in his recent remarks, to an over-reliance on tourism and on a small number of traditional trading partners, must demonstrate some capacity to tie real, future growth to new sectors and markets that hold the possibility of decent employment for Barbadians,” she said.

Of critical concern she noted, is low foreign reserves and access to foreign currency which she affirmed is affecting the capacity of businesses to conduct their regular business activity and in turn their capacity to contribute to growth.

Government she claimed is “counting the chickens that are not yet hatched in the form of the BNTCL sale, which is still under consideration by the Fair Trading Commission, and private capital projects that have been so mired in delays and public objection, one can hardly have any hope that they will be realized in time to make a difference.”

Caddle added that the high deficit that she says continues to be borne on one hand by the Central Bank, affecting the stability of the currency; and on the other hand, by the NIS, threatening the sustainability of the Scheme and the future of thousands of Barbadians, is another cause of concern, along with an international business and financial services sector that has contracted by over $200Million in the last 10-year period and continues to underperform,