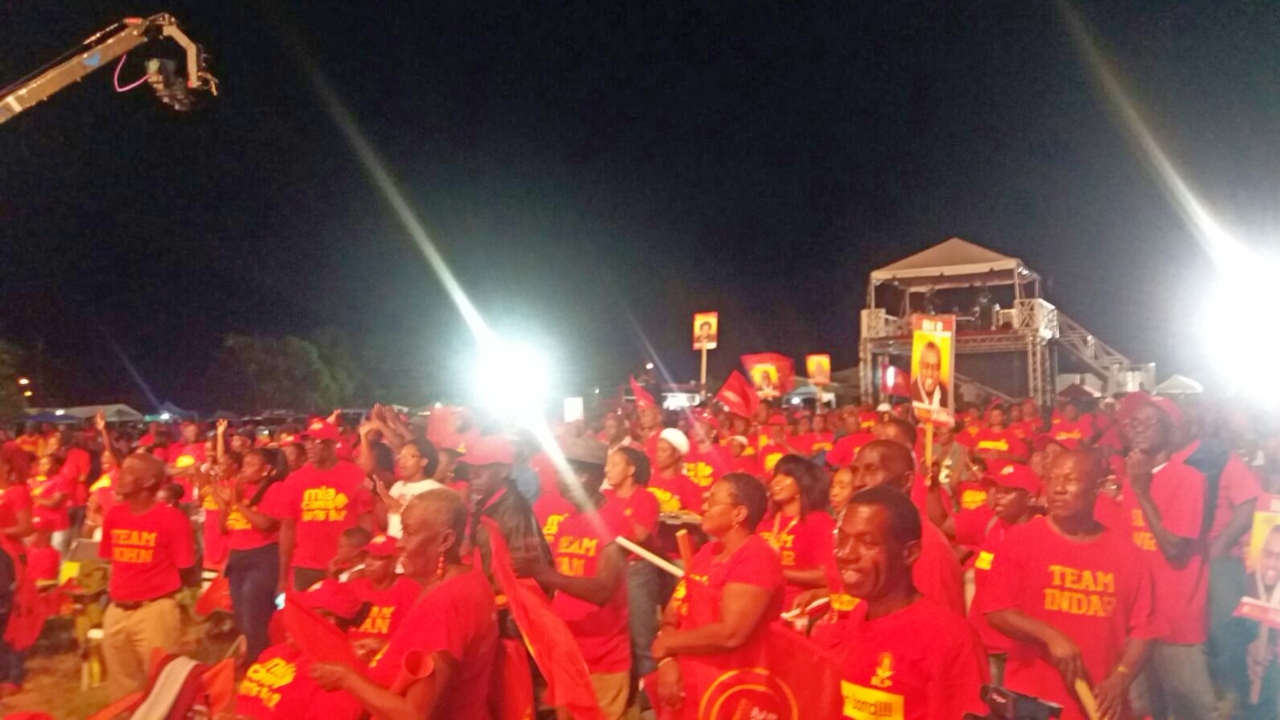 The crowd at Kingsland, Christ Church.

The Barbados Labour Party's (BLP) is seeking to return pride and industry to Barbadians.

That was the message delivered by chairperson Liz Thompson, as the party kicked off its presentation of its manifesto at Kingsland, Christ Church.

Addressing critics who question the party's ability to deliver on plans, Thompson asked Barbadian to "give us a chance":

"You must not let anybody tell you that our proposals are too expenses. The Barbados Labour Party has costed every single proposal in its manifesto and even if you think that the proposals are expensive, I am asking you give us a chance because we know that we cannot afford the Democratic Labour Party."

Speaking directly to the manifesto, she explained that it there is a short-term and long-term plan:

"Tonight we present our manifesto, that tells you not only how we are dreaming and want you to dream, not only how you must dare to come and to act and to work with us, but most of all, all the BLP would deliver on the agenda that it is promising to you. And our manifesto is laid out in two broad parts - an urgent agenda and a five-year transformational agenda.

"And within the transformational agenda, we have broken it down into three broad categories, 'Making People Matter', because many of you feel that you no longer matter - the government isn't listening to you."

She further outlined the seven pillars which make up those three categories:

"And so under each broad headline, there are a number of pillars. Under 'Making People Matter' we are offering: Pillar One - A Better Society; Pillar Two -a Strong Economy. Pillar Three - Good Governance; Pillar Four - Fixing Our Broken Infrastructure; Pillar Five - Protecting And Preserving Our Environment, and they come under the umbrellas, 'Getting It Right - Doing It Right', because we know how much it is being done wrong."

"The fInal part of the manifesto is called, 'Believing In Barbados And Each Other'. We are taking you back to our traditional values, causing us all to remember who we are as Barbadians and to find within us the courage to build the best Barbados...

VIDEO: DLP talked about their decade of successes