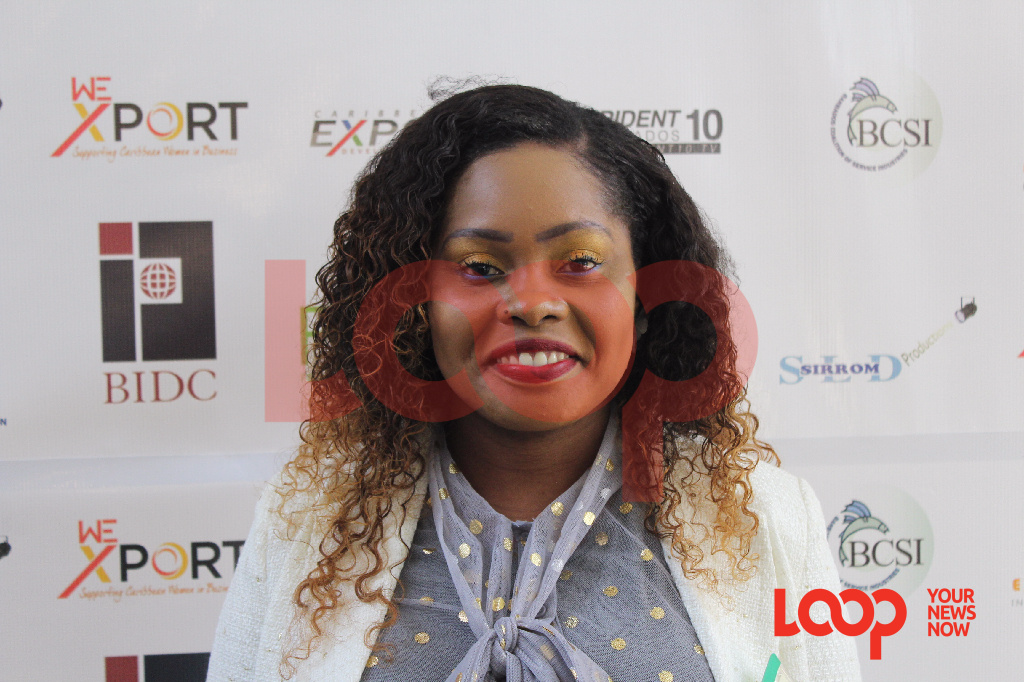 Speaking shortly after the ribbon was cut to officially open the showcase, she told reporters this year there are over 200 exhibitors taking part, however, owing to the Ross University School of Medicine relocating to Barbados, and occupying space at LESC, some changes had to be made.

“We have rented the entire centre but we lost some booths because of Ross, in the upstairs area . . . but we are utilizing the outside more now,” Boyce said.

Another change has been a reduced number of schools toured the exhibit as is customary on the first day.

“What you are seeing right now with a number of schools coming in, what we have had introduced is a zoning process.  Zone one . . . the schools from the north are going to be here for two hours [from] 10 am to 12 pm.  Zone two schools are going to be here between 12 pm and 2 pm.  We just had to make those adjustments because of the presence of Ross University and the security requirements that had to be in place.”

But the BMA’s executive director has given the assurance that the public will not be at all disappointed by what is on offer.  On offer is the Firefly Creative Village and also a home expo.

“We encourage the public, come on down over the next three days . . . be fully entertained.  We have the services sector fully onboard . . . from a manufacturing sector’s perspective, it is important to work with sectors outside because of the linkages and the value that they add to manufacturing.  The services sector [is] bringing the entertainment, we have a fashion show, the mixologist . . . it is going to be something to see.

“In addition, we have the home expo . . . various providers and our financial services sector are on board . . .. They are going to be giving the public the opportunity not only to view the various elements that they can include in their home decorating, but also there are going to be opportunities to also access financing,” Boyce told reporters.

BMEX is considered the premier exhibition for the manufacturing industry, as it creates opportunities for Barbadian and Caribbean manufacturers to establish and renew links locally, regionally and internationally.  This year, the expo runs from June 7 to 10.

PHOTOS: BMEX 2018 kicks off as manufacturers ask government to do more