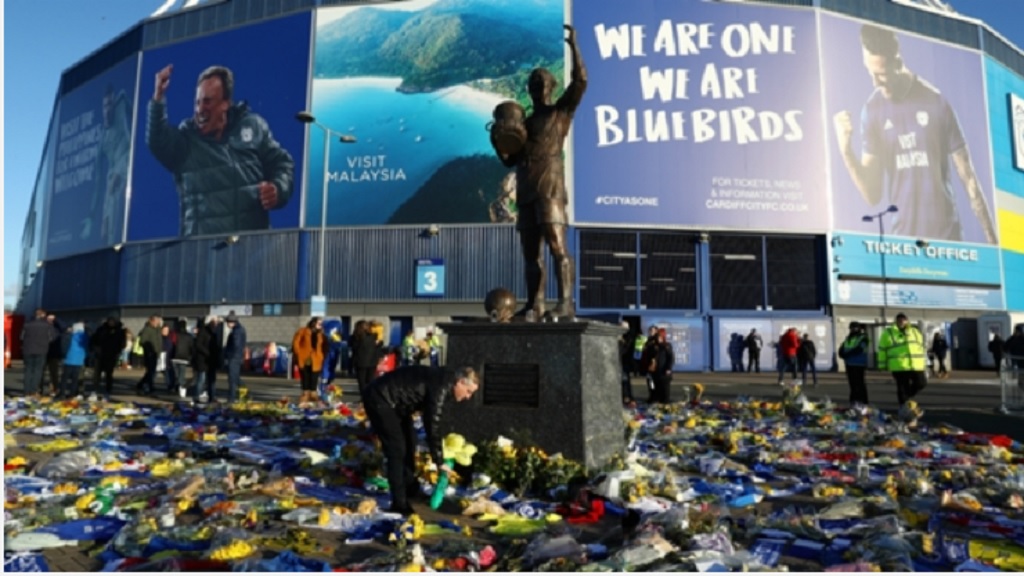 A body has been successfully recovered from the wreckage of the plane that went down in the English Channel with Cardiff City striker Emiliano Sala on board.

The UK's Air Accidents Investigation Branch (AAIB) confirmed late on Wednesday that the victim, who has not been publicly identified, will now be passed to the Dorset Coroner, having been recovered with the help of specialist contractors.

The Piper Malibu aircraft disappeared with Sala and pilot David Ibbotson on board on January 21.

A private search was launched, backed by donations from the public, after authorities halted their initial efforts to find the plane and the wreckage was found under water on Sunday, 24 nautical miles north west of Guernsey.

The AAIB said one of the occupants was visible amid the remains of the plane and have now confirmed that a recovery has been successful.

However, it said attempts to retrieve the aircraft have been stopped due to bad weather.

"Following extensive visual examination of the accident site using the remotely operated vehicle (ROV), it was decided to attempt recovery operations," the AAIB said in a statement.

"In challenging conditions, the AAIB and its specialist contractors successfully recovered the body previously seen amidst the wreckage. The operation was carried out in as dignified a way as possible and the families were kept informed of progress.

"Unfortunately, attempts to recover the aircraft wreckage were unsuccessful before poor weather conditions forced us to return the ROV to the ship.  The weather forecast is poor for the foreseeable future and so the difficult decision was taken to bring the overall operation to a close.  The body is currently being taken to Portland to be passed into the care of the Dorset Coroner.

"Although it was not possible to recover the aircraft, the extensive video record captured by the ROV is expected to provide valuable evidence for our safety investigation.

"We expect our next update to be an interim report, which we intend to publish within one month of the accident occurring."

Sala had been travelling to Cardiff after saying goodbye to his former team-mates at Nantes, having sealed a transfer to the Premier League in a club-record deal for the Bluebirds.

Nantes have reportedly demanded the first €6million instalment of the transfer fee, with Cardiff chairman Mehmet Dalman insisting they would send the payment "when we think it's the right time to do it".

"The first reason is that the body has not been recovered yet," he told L'Equipe about the lack of payment so far. "We must show respect to the family. There is a process for recovering the plane."