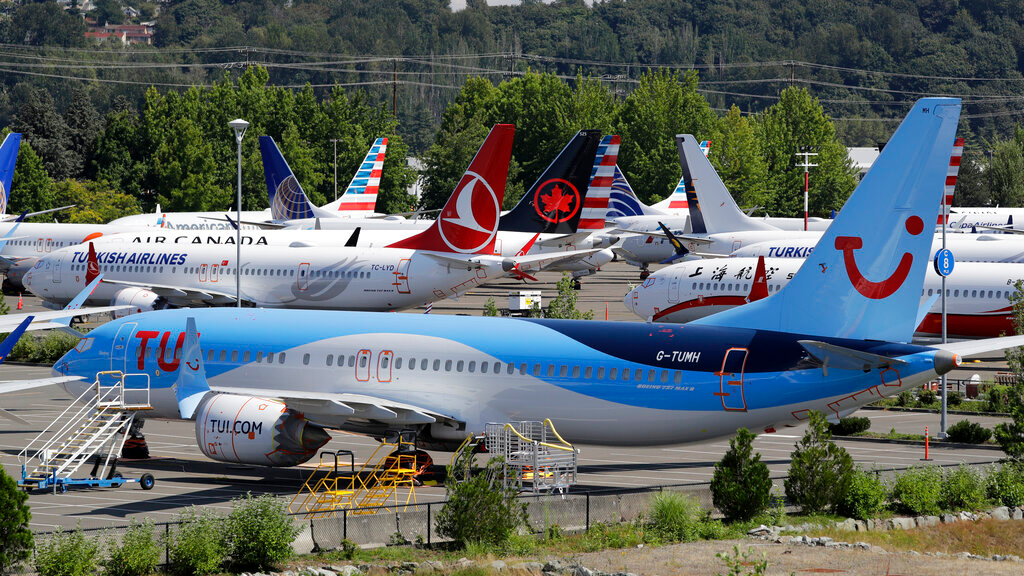 Boeing is settling a few more of the roughly 150 lawsuits filed by families of passengers killed in two crashes of the 737 Max jet.

A Seattle law firm said Friday it settled four of the 46 cases it’s handling for families of passengers who were onboard a Lion Air Max that crashed off the coast of Indonesia in October 2018. On Thursday, a federal judge in Chicago approved settlements of nine other cases involving the same crash.

A Boeing spokesman said the company has settled “dozens” of claims.

Terms of the settlements were kept confidential at Boeing’s insistence, according to lawyers.

Chicago-based Boeing has spent about a year making changes to flight software that played a role in the crashes. The company expects Federal Aviation Administration approval in January for a new pilot-training program around the changes, which would let US airlines resume using the plane early next year.

The FAA, however, has not laid out a timetable for approving Boeing’s changes, and the agency’s chief vowed again Friday that the plane won’t fly until it’s safe.

“I know there is a lot of pressure to return this aircraft to service quickly,” FAA Administrator Stephen Dickson said Friday in a video for agency employees, “but I want you to know, and I want you to take the time you need and focus solely on safety.”

Boeing Co. is working with a mediator, “and we are pleased to have resolved dozens of claims on terms that we believe fairly compensate the victims’ families,” Boeing spokesman Peter Pedraza said in a statement. “We remain committed to this mediation process.”

Boeing didn’t disclose the amount of the settlements, but Pedraza said Boeing has paid more than $7 million in separate aid to the families since setting up a special fund two months ago.

The company’s legal strategy, however, has come under fire by lawmakers and lawyers for the passengers’ families.

Lawyers for Boeing have said in several court filings that they could seek to move the lawsuits to courts in Indonesia, on grounds that it would be more convenient — most of the victims were Indonesians. Legal experts say judgments in Indonesian courts would likely be smaller.

Boeing lawyers have not yet asked the judge to move the cases, but the mere threat of a motion could be helping the company negotiate with victims’ families.

Alexandra Wisner, a Chicago-area aviation lawyer whose settlements were approved by a federal judge this week, said lawyers like her must consider Boeing’s potential defenses — including the ability to send the cases overseas — when negotiating for their clients. She said, however, that it would be overly simple to suggest that Boeing’s strategy resulted in lower settlements for her clients.

Seattle aviation lawyer Mark Lindquist, whose firm announced four new settlements and has 42 other cases pending against Boeing, said there are strong reasons for keeping the cases in the US.

“The US has a great interest in the safety of aircraft manufactured in the United States, most of the evidence of Boeing’s wrongdoing is here in the US, and only a United States court can hold Boeing accountable,” he said.

“You’re looking at hundreds of millions, billions of dollars of claims ... and you don’t know that that’s happening?” DeFazio said.

“Congressman, my focus has been on safety,” Muilenburg replied.

On Friday, DeFazio said he sent several follow-up questions to Muilenburg, including whether Boeing intends to move the Lion Air lawsuits to Indonesia.

The settlements that have been publicly announced or revealed in court filings all involve families of passengers on the first Max crash. The families agreed to take part in mediation with Boeing. Lawyers for families of passengers in the second crash, in Ethiopia, have opted instead to seek documents from Boeing. Victims in that crash represented many more nationalities.

Wisner, who has clients related to both incidents, said Boeing is open to more second-guessing about the second crash.

“What did they know, what did they learn from the first crash, and why didn’t they take any action” to ground the plane immediately? she said.