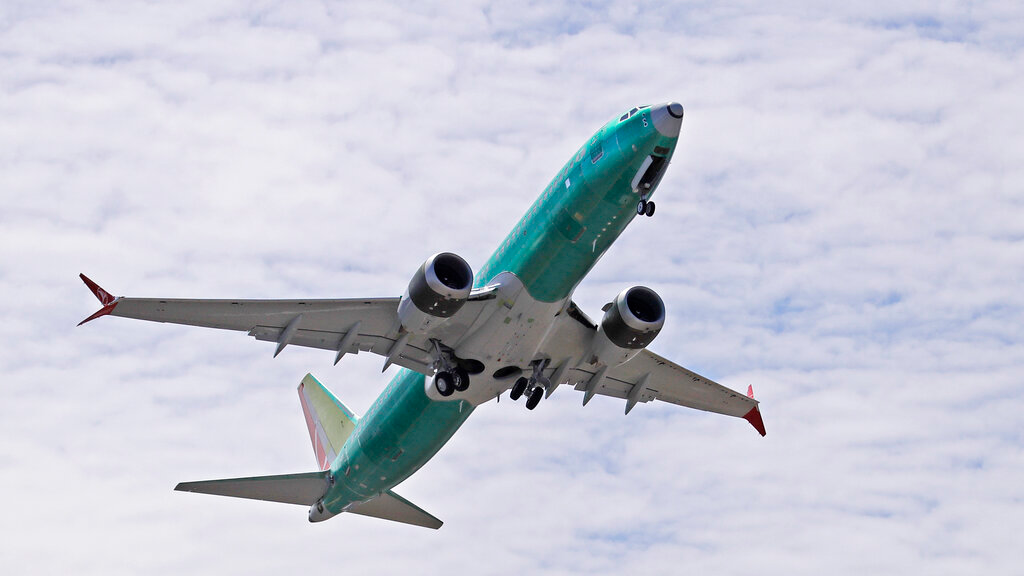 FILE - In this May 8, 2019, file photo, a Boeing 737 MAX 8 jetliner being built for Turkish Airlines takes off on a test flight in Renton, Wash. Boeing is selling its 737 Max planes again. The company announced at the Paris Air Show on Tuesday, June 18 that International Airlines Group signed a letter of intent for 200 Boeing 737 aircraft. (AP Photo/Ted S. Warren, File)

The company announced at the Paris Air Show on Tuesday that International Airlines Group, the parent company of British Airways and other carriers, signed a letter of intent for 200 Boeing 737 aircraft.

Boeing said it's the first sale of the jet since the crash of an Ethiopian Airlines 737 Max in March. Another 737 Max crashed in Indonesia last year, and the planes are now grounded amid an investigation into problematic software.

The letter of intent is subject to final agreement but is a vote of confidence in Boeing as it struggles to win back trust. The planes would be delivered between 2023 and 2027 to airlines owned by IAG.

The combination of 737-Max 8 and 737-Max 10 planes would cost $24 billion at list prices, though companies usually strike deals for discounts.

Analysts had predicted that Boeing might try to announce some Max orders at the air show to demonstrate that the plane - one of Boeing's most popular models - still has support.

After a lackluster start to the Paris Air Show, Boeing's orders picked up Tuesday. It announced a deal with Korean Air and Air Lease Corporation for a total of 30 long-range 787 jets, and worth $6.3 billion at list prices.