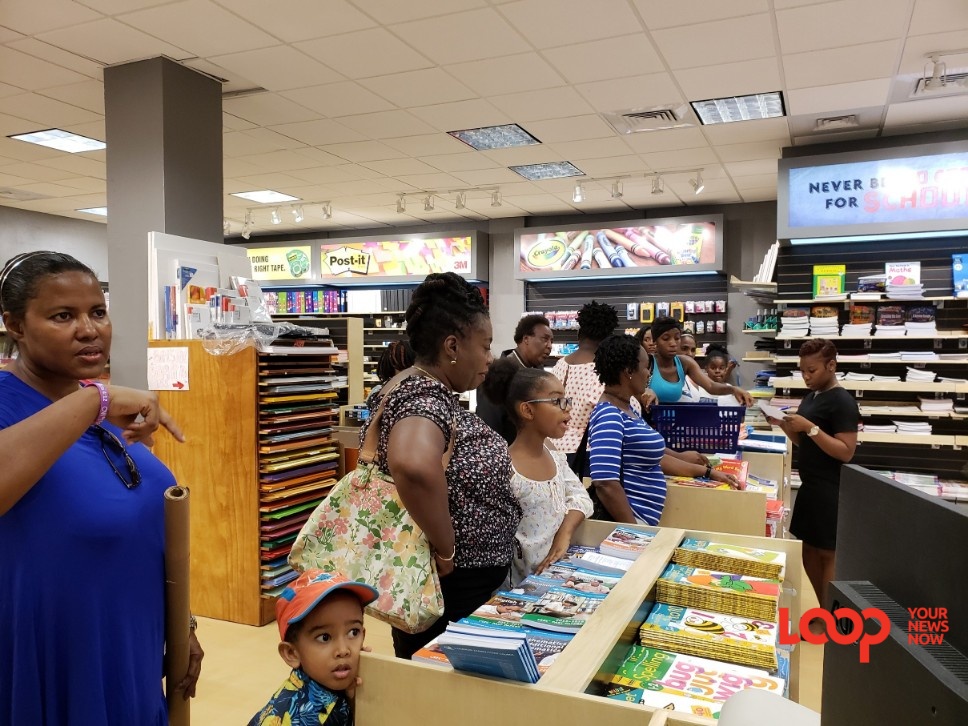 This year, another bookstore in Bridgetown was impacted by relocation. However, two months later the sales report has improved tremendously.

Brydens Stationery in Victoria Street, behind Cave Shepherd was a staple at that location for what feels like eons, so when many a parent and guardian turned up with booklists in hand to see empty show windows and no bookstore in sight, it was a shock; one that the retailer is glad has been overcome.

The store relocated to Norman Centre, a stone throw away.

“From the time school ended, we had almost all the books but we changed locations. We’re now located in Norman Centre on the ground floor, and thankfully word spread so now most people where we are!”

To combat the hit due to the displacement Brydens tried to continue its tradition of “carrying some of the best prices in Bridgetown.” Holder said some of their textbooks even maintained old prices, but “new stock, in some cases the prices rose by a dollar or two. But we are trying hard to maintain prices.”

Today, when Loop visited the store, it was abuzz with customers.

Responding to the question of if they were battling with upset parents seeking out of print books, Holder said that they have a strategy to combat such in most instances.

“There are very few now that we don’t know about. We send out someone early in the New Year to visit the schools and take samples of the books and let them know what we have available and go from there. The teachers make the choice and then we order from there.

In terms of if teachers or schools are calling for local and regional reading material, he admitted they have not seen any demand.

“Not really - we don’t carry many local or regional storybooks and stuff. We don’t get a lot of requests for them,” he stated.

A couple years ago, a fellow competitor in Cloister Bookstore was impacted negatively when the entrance for its Bridgetown store moved and had potential customers confused.

Some schools not ready for start of new term