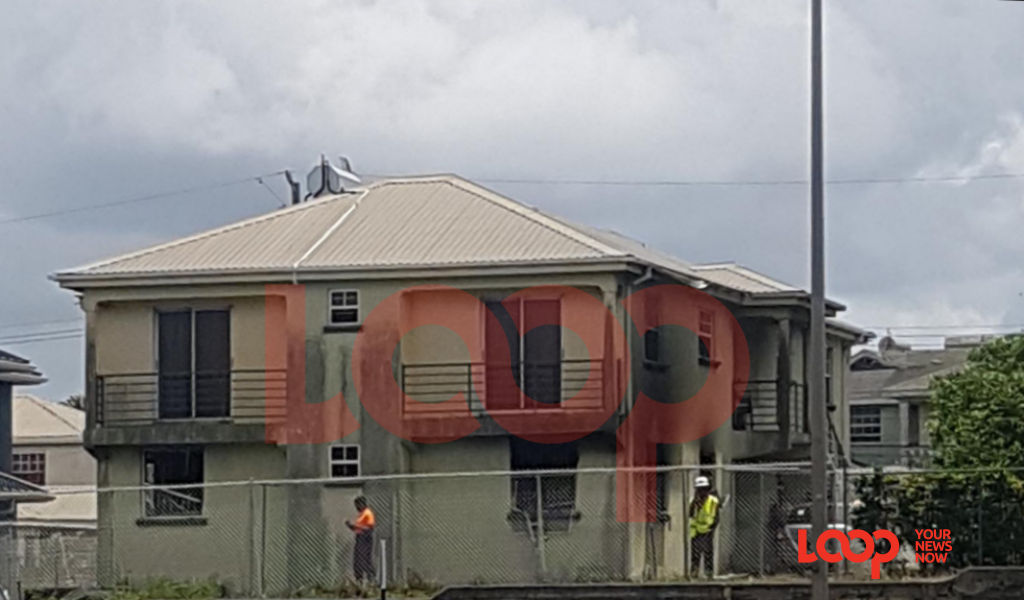 Apartment where the fire occurred in Warrens

Police have confirmed that three are dead after the late morning fire in Warrens today.

Not releasing the names and identities as yet, Acting Inspector Rodney Inniss said that the deceased are a man, an infant boy and a baby girl. They are 42 years old, 22 months old and eight months old respectively.

Police and fire officers are on the scene of an apartment fire in Warrens.

Unconfirmed reports to Loop News are that persons perished in the late morning blaze.

The Barbados Fire Service received the call at 11:25 am and responded to the fire at Warrens, St. Michael just opposite Simpson Motors main showroom.

One loud explosion and thick black smoke sent some persons in the Warrens area into panic, while others flew into hero and rescue mode.

Speaking to a worker in the Warrens area, Loop learnt that the blaze was almost, if not completely, extinguished by neighbours in the area, including the property manager from over by Simpson Motors. With the use of hoses, the flames were dowsed with water and the gardener from next door entered the yard to free the dogs.

She said even the car wash guys from over by Simpson Motors went and helped.

“The gardener from next door had to get the hose cause he had to let out the dog so he don’t [sic] burn and then the other neighbour from the other side come, and then the property manager ease cross there and somebody else, and de guy that does wash cars out here, and everybody just went cross and out de fire.

“When de fire truck got here, de fire was out. I could not believe.”

The employee who spoke to Loop said that in her office: “We in here shaken [sic].”

Recapping what triggered the response from persons in the area, she said that they heard one loud explosion and ran outside. She recalled she was seated at her desk and heard the noise and went on alert.

When she got outside, she revealed: “I never see anything catch [sic] so quick. Like in 10 seconds the other side of the apartment was engulfed too.”

The Fire Service response was three appliances from Arch Hall and Bridgetown, with 10 fire officers under the command of Deputy Chief Fire Officer Errol Gaskin. Also at the scene were Divisional Officer Ernie Fields and Station Officer Wayne Vaughan.

Police Public Relations Officer, (Ag.) Rodney Inniss told Loop that he could not at this time confirm that the fire was fatal.

However, he said that officers are on the scene of an apartment fire, and he is just receiving the information from persons at the scene, while on his way there.