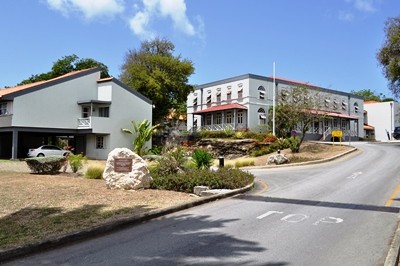 The Student Revolving Loan Fund (SRLF) will go to whatever lengths necessary to help Barbadians better themselves through education, with delinquent beneficiaries once again being urged to have a conscience and repay their debts.

Dr. Greenidge-Franklyn highlighted that after 40 years of providing educational loans to Barbadians at low interest rates and on very accommodating terms, the previously self-sustaining SRLF found itself in 2017 “faced with the grim situation of having itself to secure a loan from the Caribbean Development Bank”.

And she emphasised that unless borrowers repay their debts, the Fund will be unable to provide to future generations, urging:

“We ask all the doctors, attorneys, teachers, technicians, priests, pastors, managers and government officers who have funded any of their education or training through the SRLF to re-connect with their conscience and repay their student loans.”

Greenidge-Franklyn noted that previous campaigns to ‘name and shame’ defaulters was a last resort after trying unsuccessfully for extended periods to get repayments.

“There is no joy in placing an advertisement in the press or on social media asking persons to contact the Fund to make arrangements for monies that should have been repaid years earlier. It is disheartening to acknowledge that many of these persons are in positions of influence, persons who, on a daily basis, in their professions, ensure that others do the right thing. Yet some of these same persons are themselves reluctant to do the right thing and repay their own loans,” she lamented.

She reminded that the SRLF shows “compassion” to those facing genuine challenges to repayment such as ill health, and also makes accommodation for partial payments.

The SRLF official also had a word of caution for potential guarantors to have a “courageous conversation” with the person seeking the loan before taking on this “awesome responsibility”.

“Before you sign for anyone, please ensure that their moral compass is functioning and pointing north. Do not assume that because the person is your niece or nephew or even your best friend, that the person is honest. You have a responsibility to ensure that these persons display integrity and will honour their debts. When they do not, you will be asked to repay and you stand a chance of losing your life savings or worse, your home.”

She pointed out that the SRLF currently does not have enough money to provide loans for all applicants – even though they may meet and exceed the requirements.

She highlighted that the struggle faced by the SRLF Management Committee in deciding who should get funding and who should be turned away is something that could be avoided if previous borrowers would just honour their commitments.

But, she assured, “The Fund makes a pledge that it will do everything possible to ensure that it continues to revolve and that it maintains its ability to help those who are seeking to improve themselves through education and training.”

It was disclosed that since its inception in 1977, the SRLF has paid out approximately $249 million to over 10,000 people seeking to further their education. Loans from the SRLF carry below-market interest rates and no interest is charged while borrowers are actively studying their courses. In addition, students are not required to make any repayments while studying and after the course of study is complete, there is a grace period to allow them time to find employment.

Pandianni, an honorary Bajan, will keep the football bridge intact