Bostic: Dirty politics could not win The City 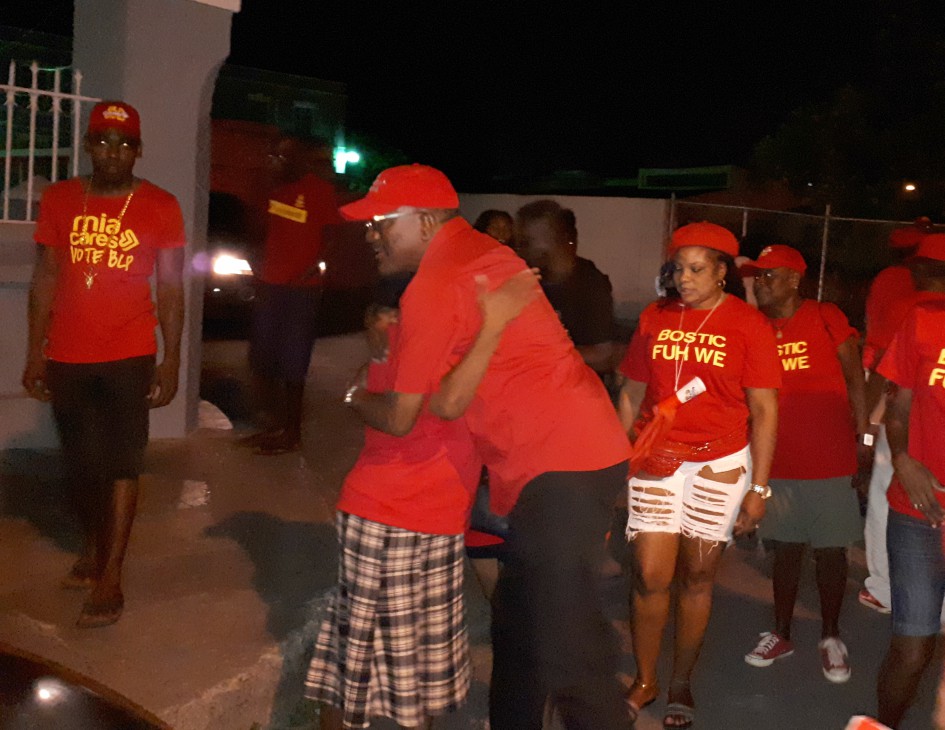 BLP Jeffrey Bostic embracing party supporters after the announcement of his victory.

The Barbados Labour Party (BLP) has held onto the City of Bridgetown for another term, with Jeffrey Bostic snatching more than 60 percent of the constituency's votes.

Just before 4 am, officials of the Electoral and Boundaries Commission (EBC), counting ballots at the Donald Henry auditorium on Bay Street, made the announcement that the incumbent Bostic will be returning as a Member of Parliament.

This year's counting process was hit with extended delays which saw the counting of votes at this polling station start at 11:45 pm when the last special box was brought in.

Bostic told reporters, on the outside of the polling station, this election was "special" for him as this campaign was a "bitter" one. He said his confidence in retaining the seat held firm, especially when he considered the dirty politics which was being played by Democratic Labour Party (DLP) candidate, Henderson Williams.

"I was up against a candidate who was prepared to do any and everything in order to win, which is not my style of politics. This here is a very personal victory. The kind of politics that he and his people were practicing during the campaign is something that I would not like to see in this City of Bridgetown again."

Other candidates for the area were Solutions Barbados, Fallon Best; United Progressive Party (UPP), Lynette Eastmond and two independent candidates, Natalie Harewood and Rodney Nurse. The votes recorded in the constituency were 3,988 with 11 spoiled votes.

Total in the City of Bridgetown constituency: