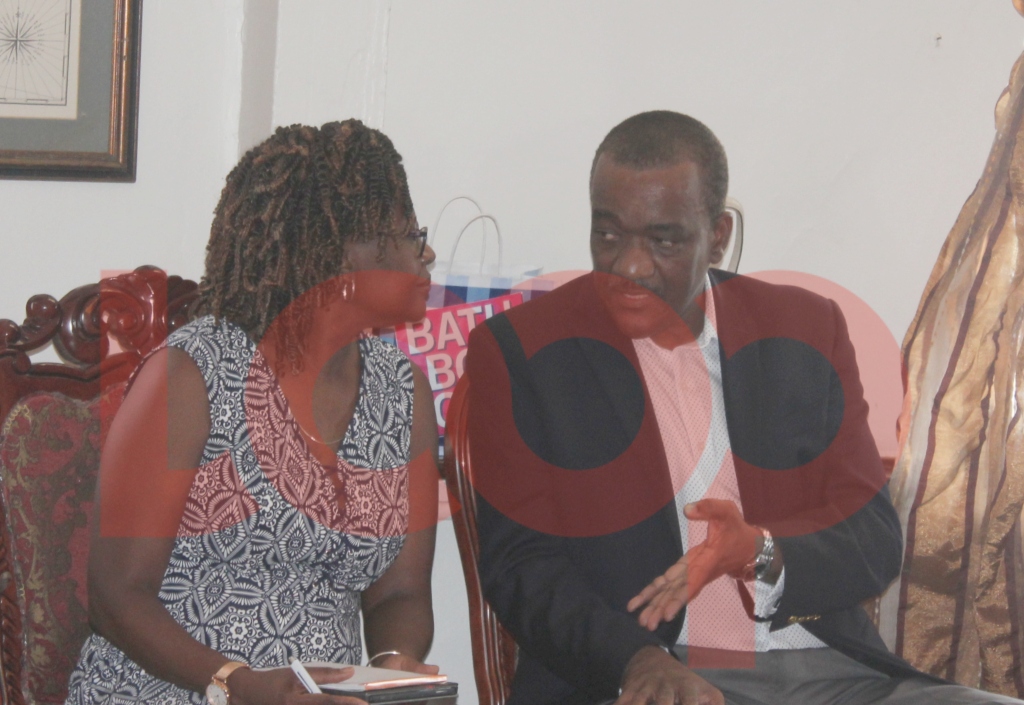 Minister Jeffrey Bostic in discussions with President of the Pharmacy Council, Marina Thompson.

As the 2019 Atlantic Hurricane season intensifies, Minister of Health and Wellness, Lieutenant Colonel Jeffrey Bostic is giving the assurance that the health care system is fully equipped to handle any major events that a serious weather system may pose.

Speaking to the press on Sunday on the sidelines of the Opening of Pharmacy Week 2019, Bostic said the Ministry has a solid emergency response plan in place.

Under the revised National Shutdown Policy, the Emergency Ambulance Service and hospitals are mandated to remain open while the entire country will be on shut down six hours ahead of impact.

“We have rehearsed on various aspects of the plan including evacuation of persons from the St. Michael District Hospital. The QEH and the polyclinics all have emergency plans with sleep-in staff during the passage of a system.”

In the event that there is extensive structural damage to any of the major health institutions, Bostic said there is available a field medical hospital which was donated by the Pan American Health Organization (PAHO) to the Barbados Defense Force (BDF).

“That is also something we can revert to if we have a serious situation.”

A near-normal hurricane season has been predicted for 2019 with approximately nine to 15 named storms, of which four to eight could become hurricanes.