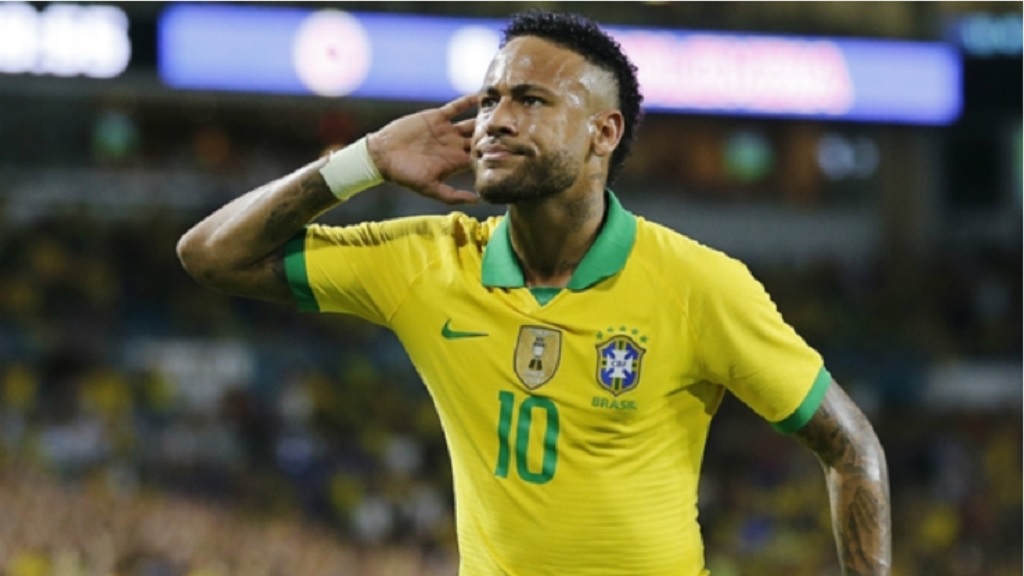 Neymar scored and set up another as the Brazil star made his long-awaited return in the South American champions' 2-2 friendly draw with Colombia.

An ankle injury had sidelined Neymar since June and forced the Paris Saint-Germain forward to miss Brazil's successful Copa America campaign as he eyed a return to Barcelona.

Neymar – who was unable to engineer a Barca comeback – made his first appearance of the season for either club or country in Miami on Friday, setting up Casemiro's opener before equalising in the 58th minute.

Luis Muriel's first-half brace cancelled out Casemiro's 19th-minute goal but Neymar came to the rescue 13 minutes into the second half as Tite's men extended their unbeaten run.

While Brazil welcomed back Neymar, Colombia were without star duo James Rodriguez and Radamel Falcao – who joined Turkish giants Fenerbahce prior to the transfer deadline – due to injury.

But Colombia made a lively start and were the better of the two teams as Juan Cuadrado and Yerry Mina came close to opening the scoring.

Neymar was relatively subdued in the first half however he provided the cross from a corner for Casemiro to head Brazil into a 19th-minute lead – the Real Madrid midfielder rising highest to beat David Ospina.

Brazil's lead was short-lived as Colombia equalised five minutes later through Muriel, who converted a penalty after being struck by Alex Sandro's high boot.

Richarlison had a good chance to restore Brazil's advantage but the Everton star's curling effort went just wide of the far post approaching the half-hour mark.

Colombia found the back of the net in the 30th minute but it was ruled out for offside, though it mattered little as Muriel struck four minutes later.

A great break from Roger Martinez saw Duvan Zapata receive the ball and play it out wide to Muriel, who fired past Brazil goalkeeper Ederson, before Ospina preserved Colombia's buffer by rushing out to thwart Richarlison.

Brazil returned to the pitch with renewed optimism and almost restored parity seven minutes into the second half but Philippe Coutinho's effort flashed just wide of the post following a terrific piece of skill to control the ball.

Coutinho was at the heart of the Selecao's 58th-minute equaliser after the Bayern Munich loanee picked out Dani Alves with a stunning pass from the half-way line as the latter squared a ball across the six-yard box for Neymar to side-foot into an empty net.

What does it mean? Brazil stay unbeaten

Tite's Brazil were not at their brilliant best, but they did enough to make it 17 matches without defeat. It is a streak dating back to the nation's 2018 World Cup elimination at the hands of Belgium.

Neymar fit and closing in on record

After months of speculation and fitness issues, Neymar returned to the field and he was influential in the draw. The 27-year-old scored his 61st goal in 98 international appearances – moving within one of second-placed Ronaldo as Pele (77) continues to hold Brazil's record.

Muriel had only managed three international goals for Colombia, dating back to his first in February 2013. However, the 28-year-old almost doubled that tally against Brazil. After scoring a brace in Atalanta's Serie A opener on August 27, Muriel is emerging as a key player for club and country.

Brazil will face Peru in a rematch of the Copa America final on Tuesday, while Colombia meet Venezuela on the same day.