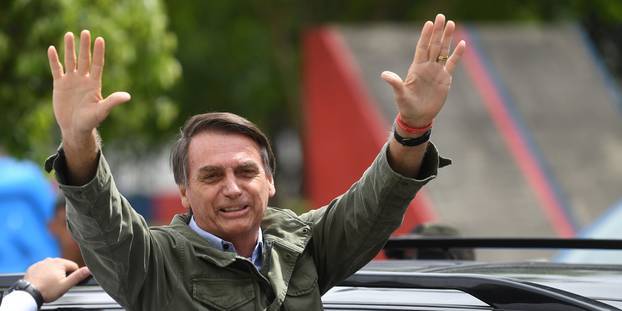 Brazilian President Jair Bolsonaro was tested for COVID-19 after having an X-ray of his lungs on Monday. He didn't say whether he was showing symptoms of the new coronavirus.

Brazil's presidency said in a statement the result of the test will be known on Tuesday. Earlier Bolsonaro, who has repeatedly downplayed the risks of the disease, told supporters outside the presidential residence in capital Brasilia that he is feeling well.

Brazil's Supreme Court published documents in May showing that Bolsonaro tested negative three times in March after meeting with US President Donald Trump in Florida. The Brazilian leader hasn't said whether he took any additional tests for the disease since.

Bolsonaro's prior tests were conducted using pseudonyms, as is customary for medical tests performed on Brazilian leaders in order to preserve their privacy.

The president has repeatedly appeared in public without wearing a mask, shaking hands with supporters and mingling with crowds. He has fiercely criticized local leaders' restrictions on activity and said the economic impact of shutdowns would inflict more hardship than the virus.

Death and denial as virus spreads in Brazil's Amazon capital