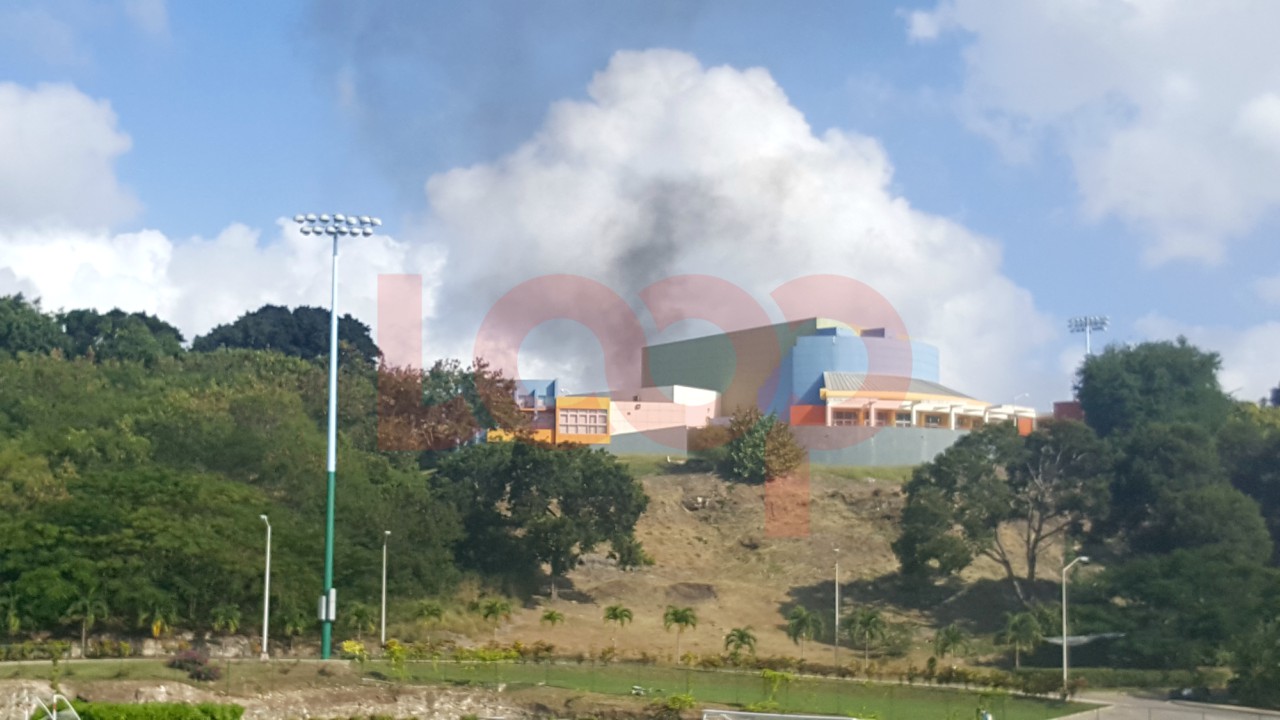 Firefighters had to put out a route taxi which went up in flames along Cave Hill Road, St. Michael.

At the time of the blaze, only the driver and conductor were in the vehicle and both were uninjured in the incident.

Four fire officers and one water tender from the Bridgetown Fire Station responded to the blaze.

Members of the Barbados Fire Service have responded to a blaze near the entrance to the University of the West Indies, Cave Hill.

Black clouds of smoke could be seen billowing into the air over the Errol Barrow Centre for Creative Imagination (EBCCI).

Students of the St. Paul's Primary School are at the Usain Bolt Stadium below the university for their annual school sports.

The smoke started to appear moments before 3:00 pm. Reports reaching Loop state that a ZR van was on fire.

The fire officers from Bridgetown Fire Station said that they were told the same, but cannot confirm until the responders return from the scene of the blaze.