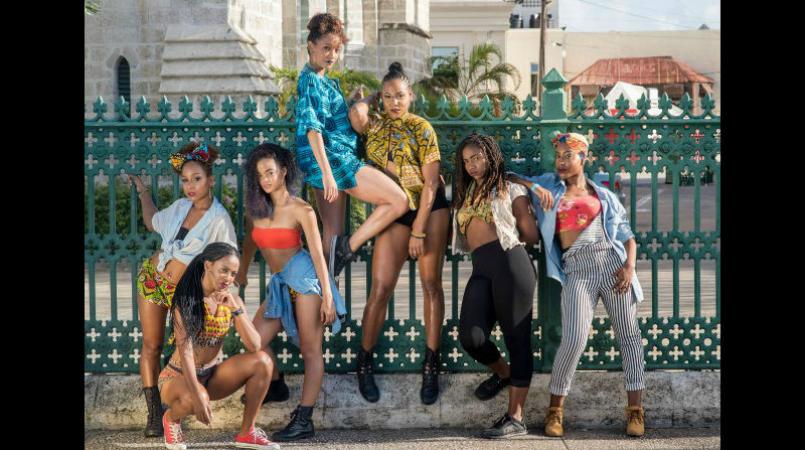 Aisha Comissiong and her team prove that the creative arts in Barbados are not dead and neither are they dying.

In fact, there has been an injection of freshness and its name is Riddim Tribe.

“If you were to browse through the business plan and proposal written for Riddim Tribe it actually encompasses so many areas all committed to the development and exposure of the creative arts in Barbados. However, the decision was made to start with dance for the obvious reason - me being a dancer and choreographer - and as such would be the best, easiest and most convenient avenue to utilize in order to branch out into all the other paths I envision Riddim Tribe traversing.

“That being said at the moment it is just as the description states: ‘A dance collective straight outta Barbados!’”

Aisha always advocates unity so the inclusion of the word ‘collective was no surprise.

And in classic Aisha-style she said this exactly.

“The word collective was specifically chosen because of the sense of community and unity it evokes. Although there are some faces that will reoccur and pretty much be a face of Riddim Tribe I would love to engage in a lot more collaborations - inviting other dancers, other groups and so on to collaborate on dance projects, videos, shoots... I mean c'mon man there is SO much dance talent in Barbados!”

So who is included in Riddim Tribe?

Loop caught wind of the Tribe when one photo popped up on social media.

Talking about how the photos came into being, with a smile Aisha said:

“Funny enough I actually wanted to use Speightstown but after Zhané showed me some pictures of the beautifully painted walls in Bridgetown captured in photographs I immediately switched the shoot to Bridgetown.

“All the dancers actually took individual dance shots all over Bridgetown and in so doing we were even introduced to another mural that believe you me I have walked by for years and never noticed.” (See the photo in the gallery below)

But what motivated and inspired the shoot and concept?

“The real motivation really was to highlight and expose some of the talented mainstream dancers here in Barbados. I firmly believe these ladies are amongst the best especially being both formally trained and able to switch it up in a second with some urban or popular dance. However, there is very little visibility of that kind of dance talent especially of females in Barbados,” she explained.

Now, what does Aisha hope people take away from the photos; "I just hope they recognize the talent and trust me there is more to come,” she said.

For those living under a rock and wondering who is Aisha Comissiong besides a dancer,  Aisha is a choreographer who has created some of the most captivating dance pieces, so awesome that they have won gold at the National Independence Festival for Creative Arts (NIFCA) on numerous occasions.

And she is back!

Asked ‘If people can look forward to any choreography or performances for NIFCA 2016?’, Aisha replied,

“After badly injuring my knee at the end of the photo/video shoot I was off the stage for 2 1/2 months now so I'm quite pleased to say that I will be back performing starting as early as this weekend with Arturo Tappin and Band.

“You can also look forward to two choreographies from me this year at NIFCA and I'll be performing for the first time at NIFCA since 2008 from the preliminary level and on ward in my dear friend Shea Best's piece.”

So what keeps Aisha motivated?

“Looking forward to that day where I realize I'm living out my dreams, live and direct and knowing that that is exactly where I'm supposed to be. That everything was right on time” she added before the interview came to an end.

The pictures were taken by Amery Butcher and he was assisted by Nathan Mack.