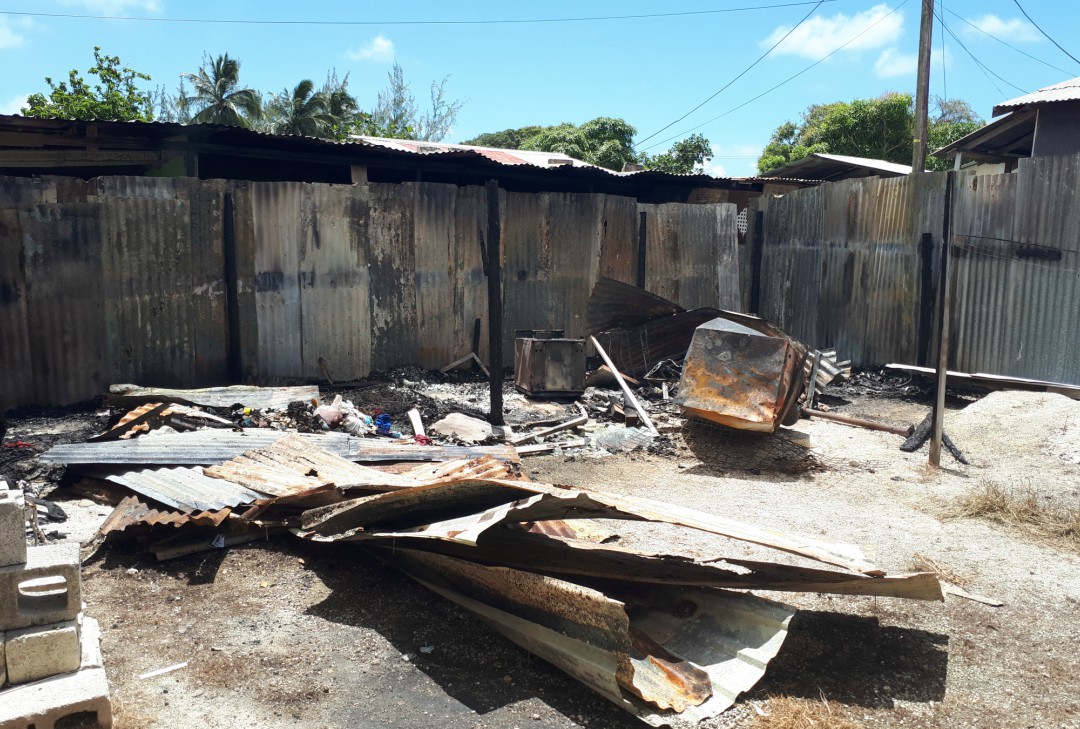 The board and galvanized structure occupied by the Harewood brothers.

The screams of agony coming from 43 year old Mark Harewood and his younger brother, 42 year old Ricky Harewood awoke residents in the Fairview Christ Church community this morning who laboured, in vain, to rescue the siblings.

According to police reports, a house fire was reported about 12:45 am on April 10 at Lot #15 Fairview #1, Christ Church. After firemen worked to extinguish the blaze, the charred remains of two bodies was discovered. The home was a board and galvanized structure attached to another home.

Loop News visited the Fairview community today where residents shared fond memories of the two brothers who were described as 'comical and cool'.

One resident, alias 'Redman' told Loop News members of his family heard the screams of the brothers in the wee hours of the morning. He said he attached a hose from his home and tried to get the fire under control but it was difficult as the blaze quickly intensified.

Redman said another neighbour attempted to pull the galvanize from around the property down to provide an escape route for the brothers but the heat from the fire made their efforts futile. Redman went onto say he heard the brothers screaming out as the fire continued to engulf the structure. He said the screams lasted for about two minutes after which he heard the two men groaning and the sounds eventually died down. He said the entire ordeal lasted around 30 minutes and they were eventually able to contain the fire until the Fire Service arrived.

Older brother and now the only living child of Lucene Bishop, Andrew Harewood, told Loop News he and his mother were both asleep when the fire started at the brothers' house behind his home.

{Pictured below: Andrew Harewood and his mother Lucene Bishop} 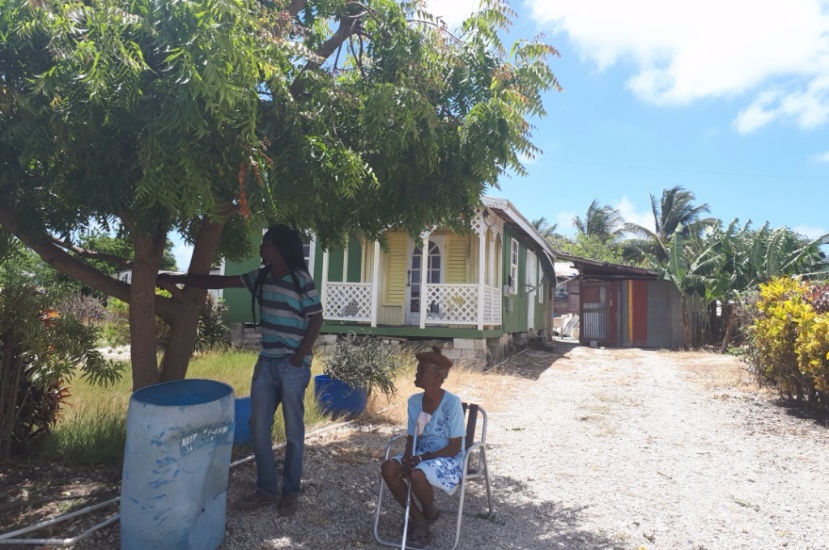 He said he went outside to assist neighbours in trying to get the fire under control but at the time he had no idea his brothers were trapped on the inside. He speculated the fire may have started from a cigarette.

"All I could assume is that one of them was smoking cause it ain't no electricity behind there or they didn’t have candles."

When questioned as to why his brothers did not try to escape sooner, Andrew said he believes they were probably "too drunk to get up". He said they were well known in the community for consuming copious quantities of alcohol.

"They does smoke hard and drink hard. That was them way of living. Them got a habit when them drunk them does sleep anywhere."

Andrew said his mother is not taking the death of her sons well, considering she had lost another son in the well known Joe River's accident in 2007.

Owner of 4J's shop, Carolann Taylor said Mark was a usual customer at her place of business, sometimes "up to 4am every night". She described him as a "joker who like he drinks", adding their last conversation would have taken place around 10pm on Monday night in regards to the Wrestlemania competition.

"If he had stop here til [sic] he usual time he might still be alive", Taylor said sadly.

She said the death of the two brothers was "a hard pill to swallow", one which would affect the community for some time.