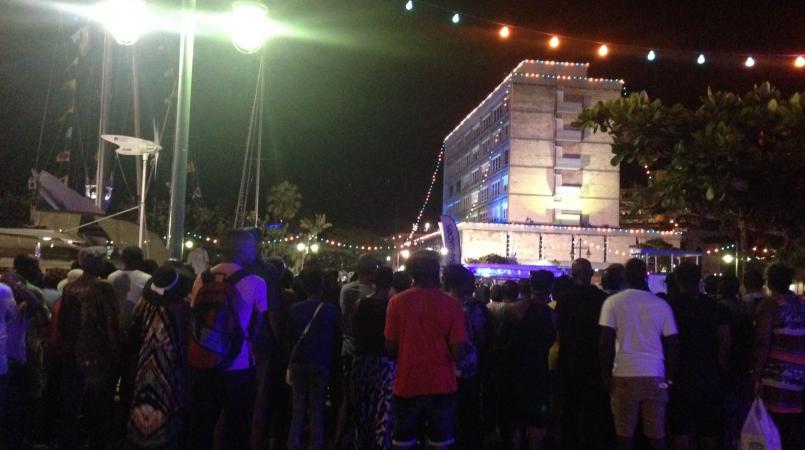 The Barbados Tourism Product Authority held the pilot for the new tourism product 'Come Town!' in Bridgetown on Wednesday, November 23.

Bridgetown was a sight to behold on Wednesday, November 23 as patrons came out in their numbers to support The Barbados Tourism and Product Authority's initiative to highlight the UNESCO World Heritage Site, Bridgetown.

Initially, the event was scheduled for November 16, however, challenges lead to the event being postponed until November 23.

On November 23, the rain threatened the event once again but the BTPA were not prepared to let up and continued on with the event.

Although patrons waited until the rain held up to come out, Independence square was packed when it was time for one of the most breathtaking displays, the lifting of the Chamberlain Bridge.

CEO of the BTPA explained that after postponing the event on November 16, the organisation could not afford to postpone it a second time, and therefore decided to go forward in faith.

“We knew that there was a flood warning on, and we spoke to the Meteorological Office and were advised that the rain would abate around 5:00p.m and our partners at the Shallow Draft assured us that it was safe for the barge to be used, so we decided to go with it. We knew that the rain would probably have deterred the crowds, and could not expect those in communities which might have been flooded to come. But although it got off to a slow start as could be expected, it really turned out to be much better than we even anticipated.”

Reports showed that several hundred persons were in Bridgetown, and that the events came off very well.

“The piano on the boardwalk was exceedingly well received, along with the love boat rides which had the bonus of an absolutely beautiful sunset. There were quite a few people in Beckwith Square for the line dancing and the dance show in Swan Street was probably one of the high points for the whole evening. We saw young Barbadian talent showcasing different styles of dance to local music including the Tuk Band and we were all blown away,” she said.

From all reports, the Museum of Parliament and the Bridgetown Synagogue Museum were also well received with over one hundred persons visiting. Additionally, the Island Treasures with their local products in Independence Square reported that although the evening started slowly, a high number of locals and visitors patronised.

“Of course we had the concert on the barge and that was a totally unique concept where we had persons making a ring around the careenage and they enjoyed it. We did have some technical glitches as you can understand with a pilot such as this, but once those were ironed out, the concert ran smoothly.”

The C.E.O is now able to report that the pilot has shown that this type of activity augurs well for the enhancement of Bridgetown and that this is a product that will be brought to the market.

“We see this product as something that has legs and that we will definitely do again, but we’re going to also target the cruise passengers. There have been complaints that visitors come into Bridgetown, there’s nothing to do, particularly on Sundays with the cruises and Bridgetown is pinned down. An abbreviated version can be offered to our cruise passengers. We can have different aspects of this product during the day such as the piano on the boardwalk, structured museum and heritage tours, the dance show, and the craft market. It will create an avenue for a direct injection of money into the economy. We’ll also look at doing the larger event again.”

The BTPA conducted research during the event and is pleased that patrons believe that the event has a lot of potential. The abbreviated version will be organised for this season which starts next month.