Budget a hard knock to the manufacturing sector 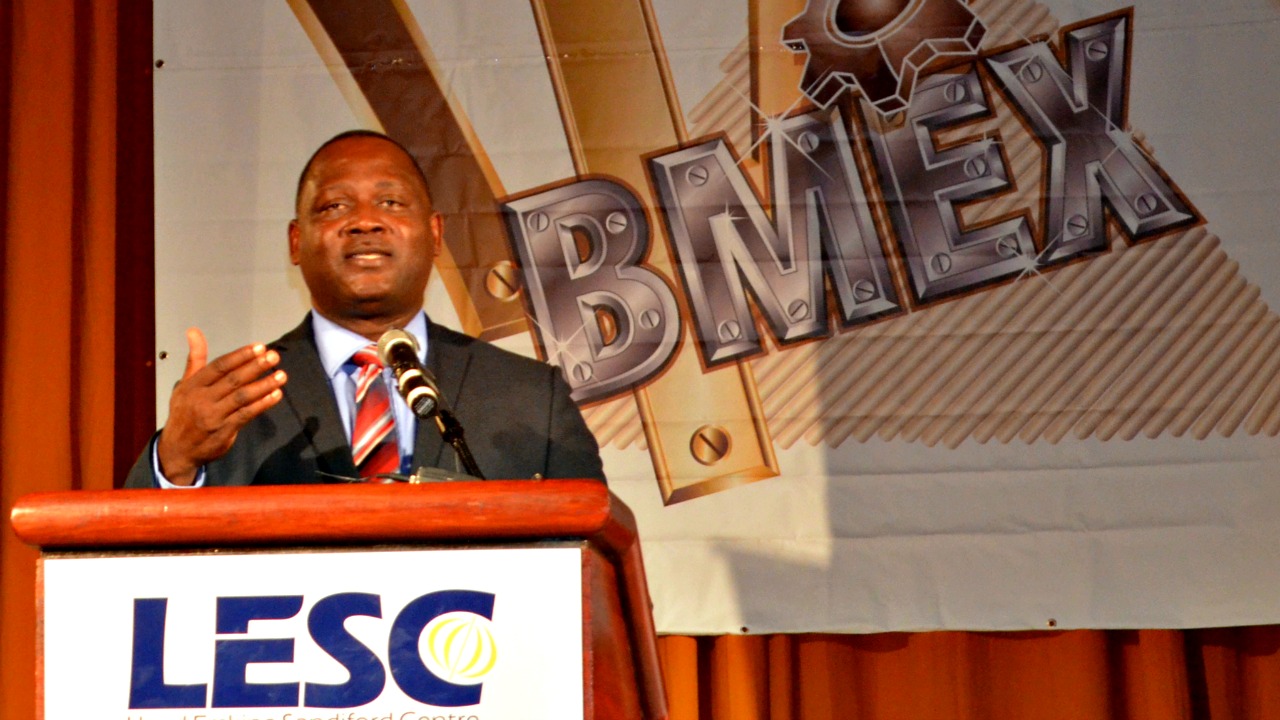 The National Social Responsibility Levy (NSRL) hike could have an impact on the manufacturing sector, but Minister of Small Business Development says there is still time to sit with the Finance Minister and see if any consideration can be given to local manufacturers.

Minister of Industry, Commerce, International Business and Small Business Development, Donville Inniss, addressing the official opening of The Barbados Manufacturers' Exhibition (BMEX) yesterday morning, said there are a few policy prescriptions in the budgetary proposals that undoubtedly will impact upon the manufacturing sector.

He says he remains concerned over the budgetary process and the inadequacy of consultation especially with stakeholders, including the public. He noted that the effort of the State is to close the gap between the revenue collected by the State and the expenditure that they are called upon to provide goods and services to the society.

“It also is a challenge we have in our society in terms of having the requisite amount of foreign exchange to provide the goods and services that we need as well, given the fact that we are much of an import society,” he stated.

Despite this, he says one must be mindful of the impact that decisions can have on various sectors.  The NSRL, which is moving from 2% to 10%, by July 1, 2017, is one that Inniss said will land within the laps of manufacturers and it presents an issue especially to their competitiveness.

The harsh reality is that it can affect the competitiveness of products in Barbados. The disposable income of Barbadians can also decrease slightly because of the levy, “which means your purchasing power will undoubtedly be affected as consumers in this country,” he firmly stated.

The two percent commission on foreign exchange is another budgetary measure that is poised to have an impact on manufacturers. While the government’s perspective is that of a broad-based approach, Inniss stated he is always mindful that manufacturers do have to buy some of their raw materials from outside of Barbados.

“So whether you use a credit card or you do a wire transfer, on top of the fees that our banks in Barbados so much enjoy placing on us, this two percent commission on the purchase of foreign exchange will increase the cost of your raw materials that you have to purchase as manufacturers."

Inniss also lamented on the Excise Tax on fuel, which he says is an additional burden.

“In the next four weeks, before it comes into being, we have an opportunity to engage with the Ministry of Finance to see if there is any opportunity to provide some leeway for the manufacturing sector in particular.”

With all these measures he said the sector also has a responsibility to come together and have discussions as they chart the way forward.