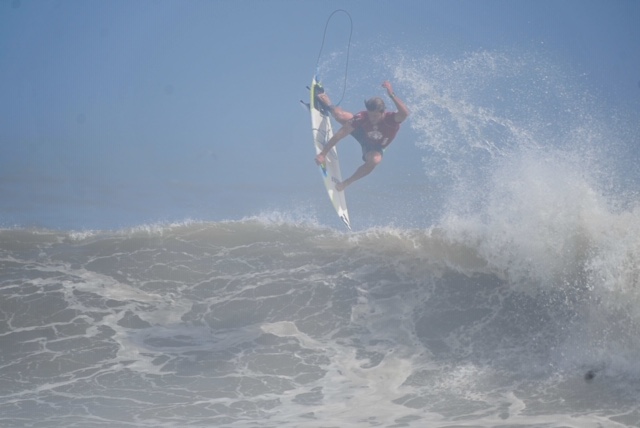 Josh Burke on his way to scoring that perfect 10 (Photo compliments: WSL/John Fergusson.)

p>In Round two of heat # 1, Burke took off on a three to five-foot set wave, going straight into a massive high flying air reverse.  He landed perfectly in the steep section of the wave face and cleanly spun out with a 180, with no hesitation.  He then took two pumps for speed and hit a vertical off the top on the closeout to earn a perfect score from the panel of five judges.

Related article :Josh Burke advances to Round Three at the US Open of Surfing

This left the entire field in a combination situation.

Burke, who is Barbados’ top-ranked surfer, now advances into round three with 32 surfers remaining from 80 entries.

Speaking after the session the 22-year-old noted that he came into the event with a sharp focus and this showed right out of the gates as he gained lost ground from Virginia Beach. 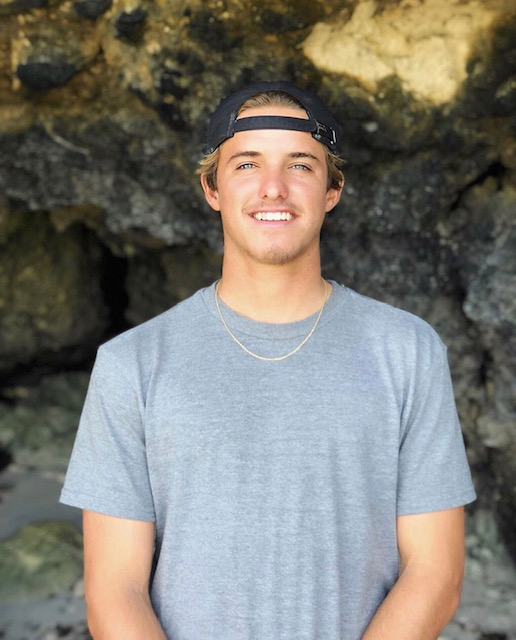 "I was just trying to build through that heat and I got settled into it pretty early with a few scores which were nice but then I just held priority and got that bomb of a wave.  That was a great heat for me just getting an 8.33 right after so hopefully I can just keep doing that.

“I believe in myself and know I can do that every heat so I'll be happy with that win but every heat is different so I won't stay psyched on those scores and just hoping to get more sections like today,” Burke said."