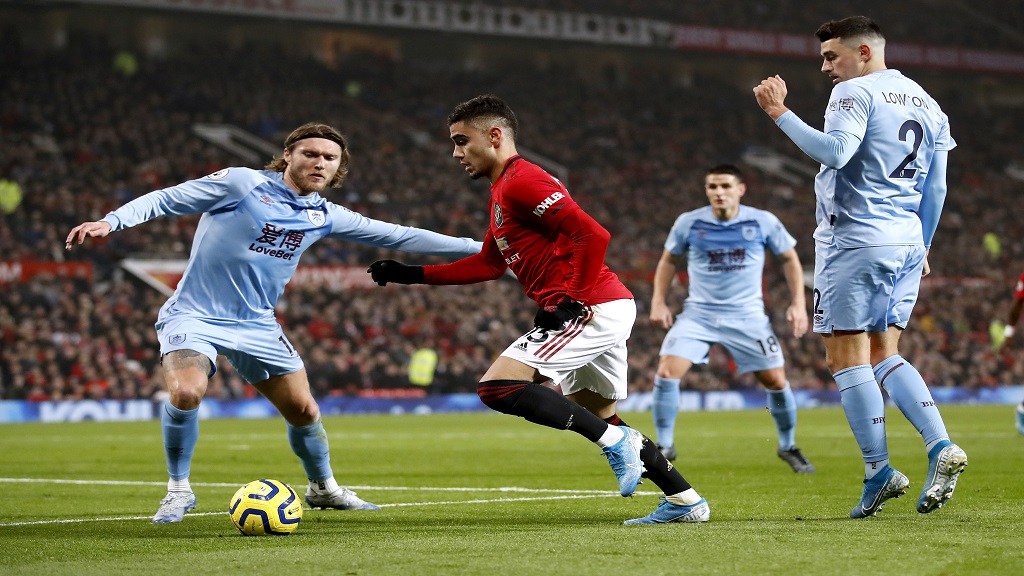 Goals from Burnley's Chris Wood and Jay Rodriguez inflicted an embarrassing 2-0 defeat on Manchester United at Old Trafford, a loss that will surely bring Ole Gunnar Solskjaer's position into question once again.

It was Solskjaer's first home league match as United manager without Marcus Rashford - who is set for a long absence with a back injury - and his absence was telling, as the Red Devils showed little cutting edge in the final third against a Burnley side that was typically set up to frustrate.

Although United dominated much of the first half, the chances they created were wasted and Burnley were far more clinical, going into the break with a one-goal lead thanks to Wood despite having just three shots to the hosts' 11.

United were arguably even worse after the interval. The opportunities they had been crafting dried up and a phenomenal strike from Rodriguez ultimately gave them too much to do, meaning fourth-placed Chelsea remain six points clear of Solskjaer's men.

United were most threatening down the right in the first half, and Wan-Bissaka - routinely given freedom by Burnley - picked out Anthony Martial in the 15th minute, but the Frenchman could not get enough contact with the ball.

Wan-Bissaka again caused trouble in the 28th minute as his low delivery found Juan Mata, only for the midfielder to completely miss his kick as the ball struck his standing leg.

Two more chances soon went begging, with Daniel James' header forcing a save and Martial spurning a decent opening, and Burnley capitalised just before half-time - Wood steering past David de Gea at the near post after Ben Mee's flick-on.

Solskjaer introduced Mason Greenwood for the abject Andreas Pereira at half-time, though it made little difference and United soon found themselves 2-0 down as Rodriguez peeled away from Harry Maguire and lashed a scorching effort in off the crossbar from just inside the box.

United thought Charlie Taylor should have been shown a red card after he hauled Greenwood down on the edge of the box when the substitute would have only had Nick Pope to beat, but referee Jon Moss and the VAR did not agree.

Burnley had little trouble holding on to move to within just four points of their hosts, whose late goal by Luke Shaw was chalked off for a foul on Jeff Hendrick.