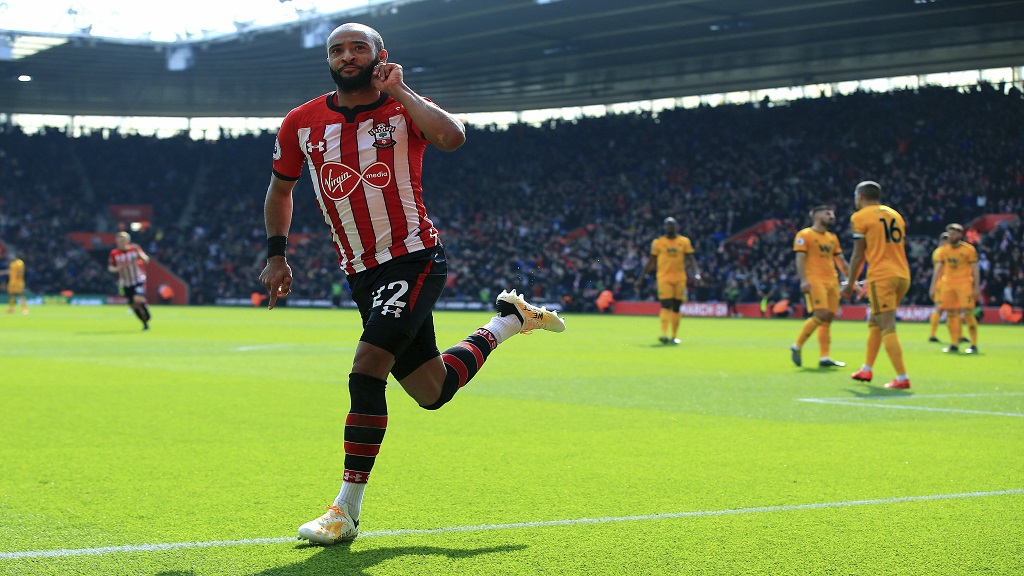 Burnley and Southampton took big steps toward avoiding relegation from the Premier League with crucial victories on Saturday, while Cardiff inched closer to the drop after a third straight loss.

Chris Wood may well have secured another season in the top flight for Burnley by scoring both goals in a 2-0 home win over Cardiff, a result that leaves the Welsh club five points from safety in 18th place.

Burnley now look safe on 39 points, 11 ahead of Cardiff, while Southampton boosted their chances of staying up by beating Wolverhampton Wanderers 3-1.

Brighton, though, are still in trouble after being hammered 5-0 at home by Bournemouth to drop to 17th place.

At the other end of the table, Tottenham climbed back into third place by beating already relegated Huddersfield 4-0, with Lucas Moura scoring a hat trick.

Moura made sure Tottenham didn't miss injured striker Harry Kane as the Brazilian winger became the first player to score a hat trick in the club's new stadium after Victor Wanyama opened the scoring in the 24th minute.

Moura celebrated after the final whistle by bringing his 1-year-old son onto the field, with the crowd cheering every time the toddler kicked the ball toward his father.

Fulham, which have also been relegated with Huddersfield, earned their first win since January by beating Everton 2-0.

Manchester United were playing West Ham in the late match.

Here's a look at Saturday's games:

With title-chasers Manchester City and Liverpool both playing on Sunday, the focus switched to the fight to avoid the last relegation spot. That now looks like a two-way fight between Cardiff and Brighton, who meet on Tuesday in a game that could decide which team stays up.

Cardiff manager Neil Warnock once again had reason to feel aggrieved with a refereeing decision as Mike Dean overturned a call by his linesman to award the visitors a penalty for handball early in the second half, with the score still 1-0. That came two weeks after Cardiff was denied a penalty when leading 1-0 against Chelsea, which then equalized from a clear offside position before scoring a late winner.

"Can I say I'm lost for words?" Warnock told the BBC when asked about the overturned penalty. "Once we get over the disappointment we have to get ready for Tuesday."

Brighton had nobody to blame, however, after falling to their heaviest home loss in the Premier League. After Dan Gosling opened the scoring in the first half, Ryan Fraser, David Brooks, Callum Wilson and Junior Stanislas all added goals after the break as the visitors ended a recent slump in style.

For Brighton, though, the problems are mounting after losing in the FA Cup semifinals last weekend. Chris Hughton's side has not scored in its last four matches, and another loss on Tuesday would leave the team just two points ahead of Cardiff.

Nathan Redmond scored twice to put Southampton on the brink of safety with a key win against Wolves.

Redmond put his team ahead in the second minute and then restored the hosts' lead in the 30th, just two minutes after Willy Boly had equalized for Wolves. Shane Long added a third for the Saints, which moved eight points clear of Cardiff.