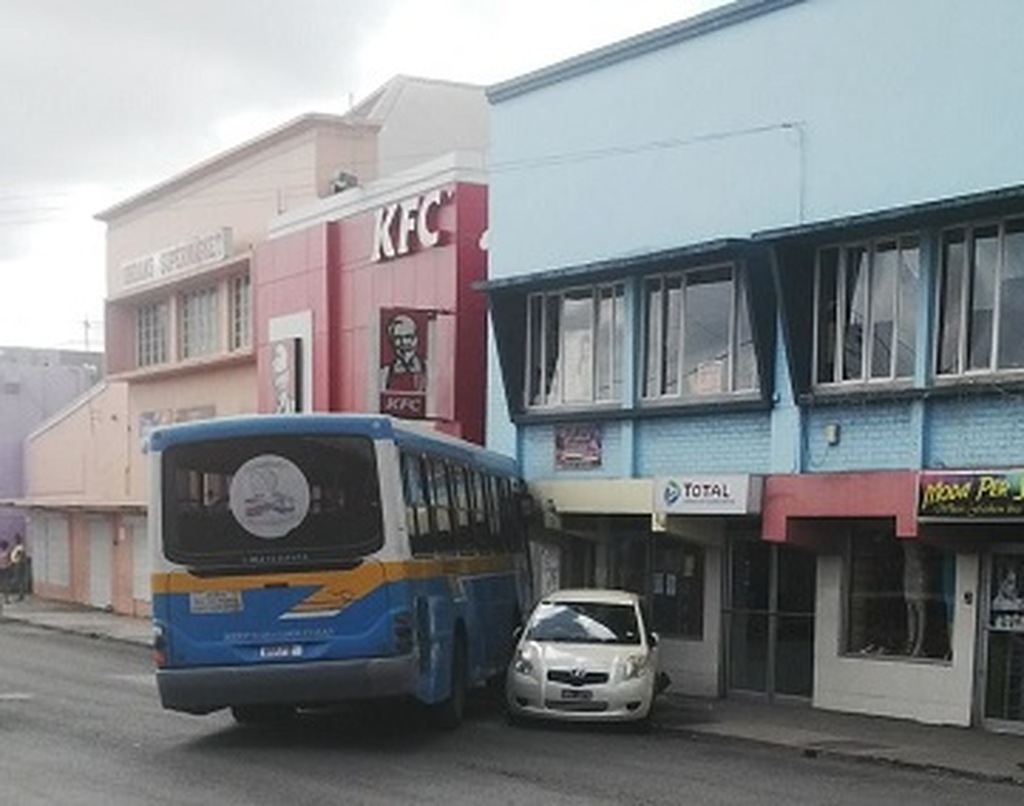 The Royal Barbados Police Force is conducting investigations into an accident without injuries which occurred sometime around 7:30 am today, along Fairchild Street, St. Michael, (in the area of Tistal Laundry & Dry Cleaners).

It involved a Transport Board Bus, being driven by David Best, 55 years, of Clevedale Road, Black Rock, St. Michael.

Best who was the lone occupant of the bus at the time, encountered two men fighting in the roadway, in path of the bus. In an effort to avoid hitting the men he pulled to the right, striking the embankment in the process.

This resulted in him losing control of the bus which collided with two park vehicles before crashing into the building housing the laundry and dry cleaners.

No injuries were recorded, however the motorcars and the building were damaged as a result of the collision.

Bus lands on its side in Oldbury