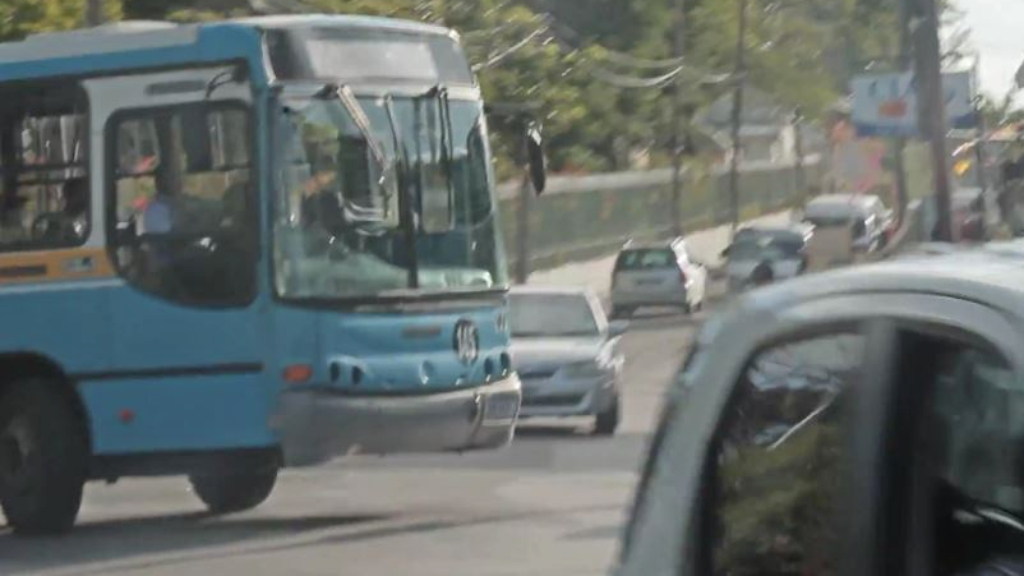 These diesel-powered buses will become a thing of the past as Barbados moves towards electronic powered buses.

It has not been a happy new year for some commuters across Barbados, as a strike by some Public Service Vehicle (PSV) operators has made getting around the island a challenge.

Minibus and route taxi operators parked their vehicles today after much speculation surrounding a possible strike since last year, when a voice note was circulated urging the operators to take action to force the government to address their concerns.

The drivers and conductors are at Brandon's right now, as they seek to have concerns such as uniforms, fines and the fuel tax which some operators argue leaves them with very little money to take home.

They had initially parked at the Port Authority but were asked to move from the area.

On the other hand, the Barbados Transport Board is expecting to save huge amounts of money with the rollout of the new electric buses this year.

Chairman of the board Gregory Nicholls told Loop News this week that in addition to saving dollars because they are moving from diesel they should have a low maintenance cost. They will also have the opportunity to provide electricity from solar channels which would generate enough electricity to put back into the grid of electricity:

“The power sources is significantly cheaper and there is hardly any maintenance in comparison to diesel-powered vehicles. This move to electricity also provides us with the opportunity to use our own photovoltaic electricity.”

Related article :Over 75 per cent of PSV operators need to get right with the law

Nicholls went on to add that they sent out advertising for tenders and have had a fair amount responses so far. All of their research, he added, showed that the electric vehicles will provide much savings for the future:

“About 120-180 buses have been tendered for and we are rolling this out over a period of time. So we would not be doing this all one time. But gradually over months, we will be [working towards a finished project].”

Nicholls added that he was unsure what the tenders would be able to supply but they were hoping for their estimated number.

The tendering process he stressed is an open one and they were looking to anyone to provide the vehicles:

“There is no one locally who makes electric buses so obviously we had to open it to an international market. The tender process has been advertised and we will be using that."

The results from the process he said can be anticipated soon, “we are reviewing the fleet from Transport Board.”

Nicholls added that a press conference will be called shortly to update the public on what is exactly supposed to happen.

PSV operators to pay more attention to their trade, customers

Violence on PSVs is not a PSV problem