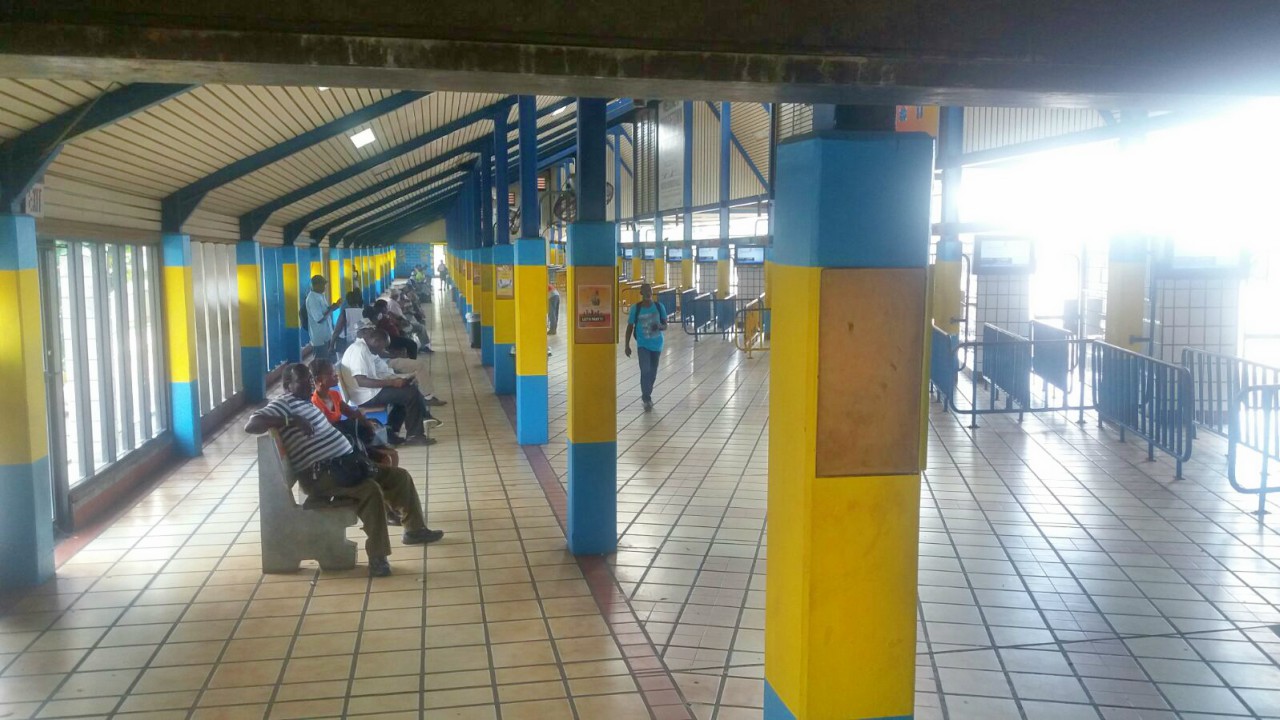 Inside the Fairchild Street Bus Terminal this morning.

Many Barbadians found it challenging to get around this morning, after finding that Transport Board had limited service in areas across the island today.

This as workers there heed a call by a coalition of unions demanding that the Barbadian Government reduce the National Social Responsibility Levy (NSRL), which was increased from two percent to 10 percent on July 1. 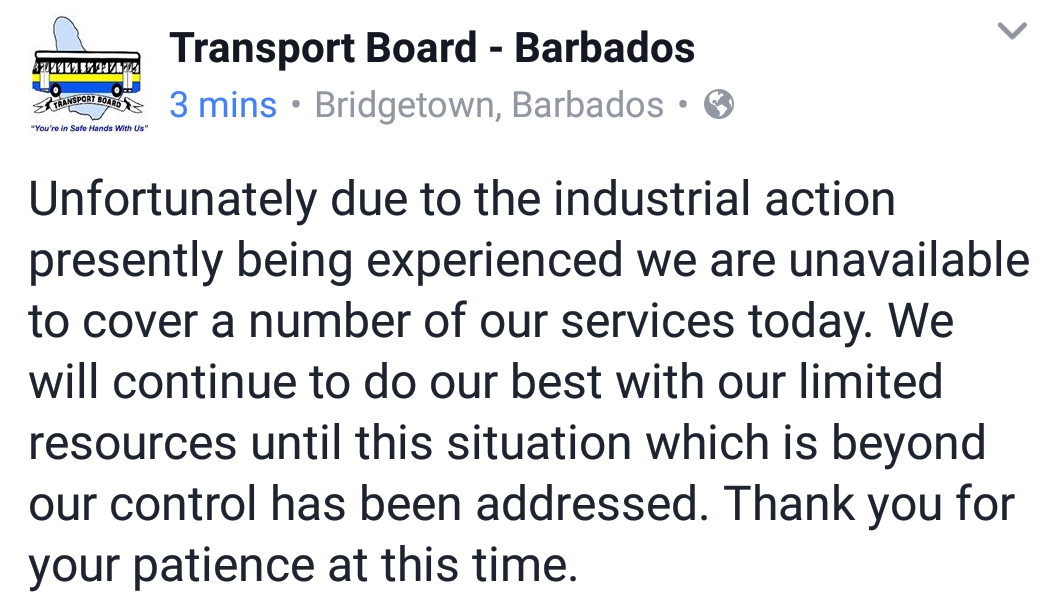 Loop News took to the streets and terminals to find out just how persons were coping with this situation.

Many persons were angry and worried that the lack of buses could put them in jeopardy at work.

"I just want to get to work on time. It's not like the service is any good normally and we don't have many ZRs here, so we have to depend on it," one woman said.

Shontelle shared a similar sentiment - "I suppose to be in at work for eight, so if I don't get something soon I will have to get a taxi.

Steve said he was not pleased with the situation and questioned whether the unions had the best interest of workers at heart - "Dem don't care but no f*****g body. Striking bout de taxes killing we, but dem killing we too. Cause now look at people can't get to work and some bosses will say you should take taxi. If dem did care bout de stress on workers dem would do this so?"

The situation completely changed some persons routine, including 71-year-old Vernice Smith, who has only taken a Transport Board bus since becoming a senior citizen - "Well I catch the Transport Board bus because I usually get a seat and it doesn't have a lot of noise, but today I would take what ever I can get because I have some business to do in town."

One woman was not too bothered by the action and hoped "no bus come, then I would call work and let them know I'm not getting in today," she said laughing.

While Krystal over at a bus stop in Warrens was happy that she was able to get a ride from St Joseph there, so that she could make her way to town, she was not happy with the situation - "These people need to get their act together man. I don't know what would happen if I didn't get that ride and what about other people who didn't! I think the unions and Transport Board workers doing more harm than good."

Many of the persons reported to have been stranded at the Fairchild Street Bus Terminal early this morning, had already left when Loop News arrived after eight, with many of the persons who were there being senior citizens or tourist.

"I didn't even know there was industrial action," said British tourist Dave and Jennifer who were waiting for a Sam Lord's Castle bus.

Some senior citizens noted that they didn't mind waiting as they were in no worry, but said that it was "unfortunate that persons would have been late for work because of all this morning."

Loop News found some persons who had moved from that terminal at the nearby River Van Stand.

"It is madness," one man said. "I had to leave to make sure I could get a van and get into work on time."

Peter was "happy" that he could get a van to work, but noted that "the unions should make this a last priority. They say they are doing this for the workers, but it is us that are feeling it, not the ministers, not the business owners, it's we."

While many persons expressed similar sentiments, some supported the action being taken by Transport Board workers and the union in general and repeated what has become the mantra of the four unions involved in the action to "updting".