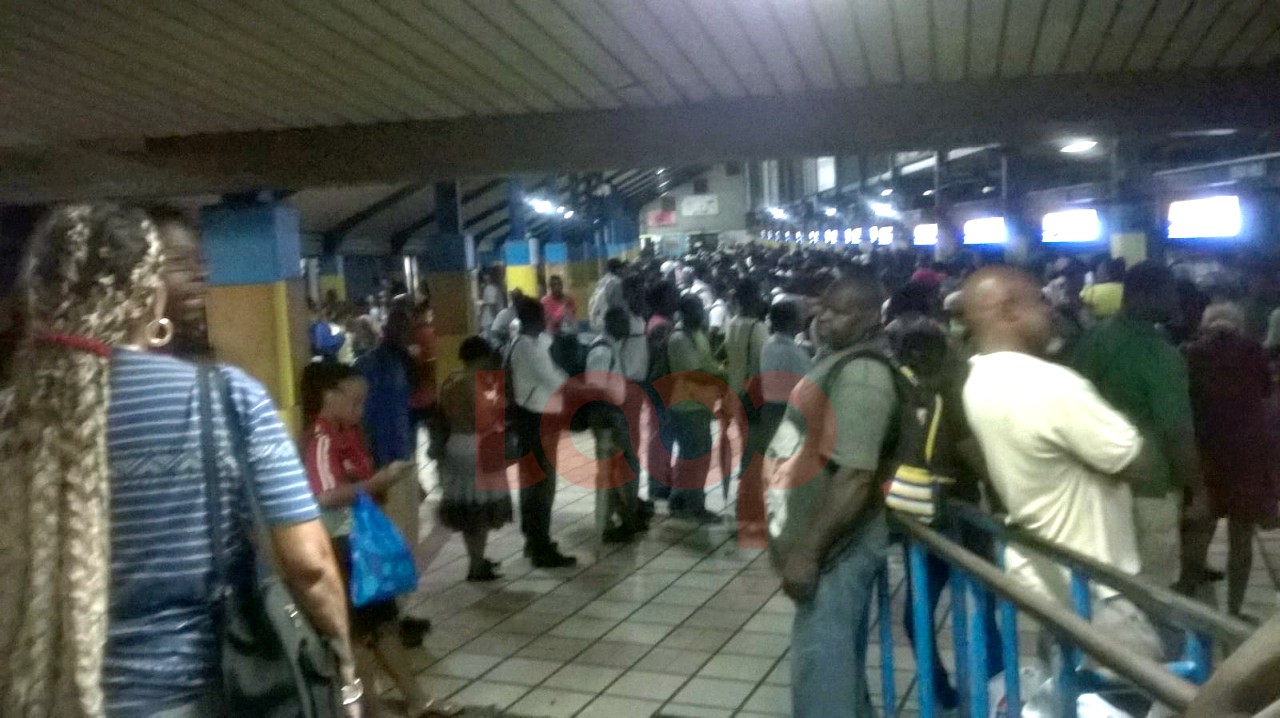 People in the Fairchild Street Bus Terminal around 7:00 pm tonight.

Thousands stranded in the Fairchild Street Bus Terminal, countless others at other terminals and roadside bus stops awaiting buses that may never come or will be extremely delayed.

This is the situation unfolding currently.

Commuters who have in some cases been waiting since before 4:00 pm to no avail have told Loop News that the ony announcement being aired is that the Transport is experiencing challenges with all bus services and they are sorry for the inconvenience.

Some routes got relief between 6:00 pm and 7:00 pm, namely Bayfield, Sam Lord's Castle, Bowmanston, Kendal and Yorkshire got buses, along with Flat Rock and Workmans. Persons on the Drax Hall route said the last bus they saw was around 3:00 pm.

The Fairchild Street Terminal has 16 gates and with some gates servicing numerous routes, it houses buses to at least 22 destinations.

Communications Manager with the Transport Board, Lynda Holder said via press release that they are indeed experiencing "ongoing problems in delivering its scheduled services," and unfortunately she had more bad news for the travelling public, adding that, "it is anticipated that the challenges being experienced will continue to manifest themselves during the coming weeks."

Speaking to the cause of this present issue, she shared:

"In keeping with the Road Traffic Regulations and in following the laws of Barbados, the Transport Board must have its fleet of units inspected annually. The Licensing Authority is the only entity that can deem the buses to be roadworthy and this is handled through the inspection process. At this time a number of units are going through this process, consequently, this is adding another level to our ongoing problems and is further affecting our bus availability."

She noted that the problem is further compounded by the fact that the hoist at the Ministry of Transport and Works has been out of commission for more than a year.

"As a result of this untenable situation, the Transport Board in conjunction with the Ministry of Transport and Works is forced to seek alternative locations to have the inspections of the buses conducted and this is dependent on the availability of the equipment at the alternative location."

The Transport Board said that they are working to improve the situation daily going forward and are asking "the travelling public to be patient."