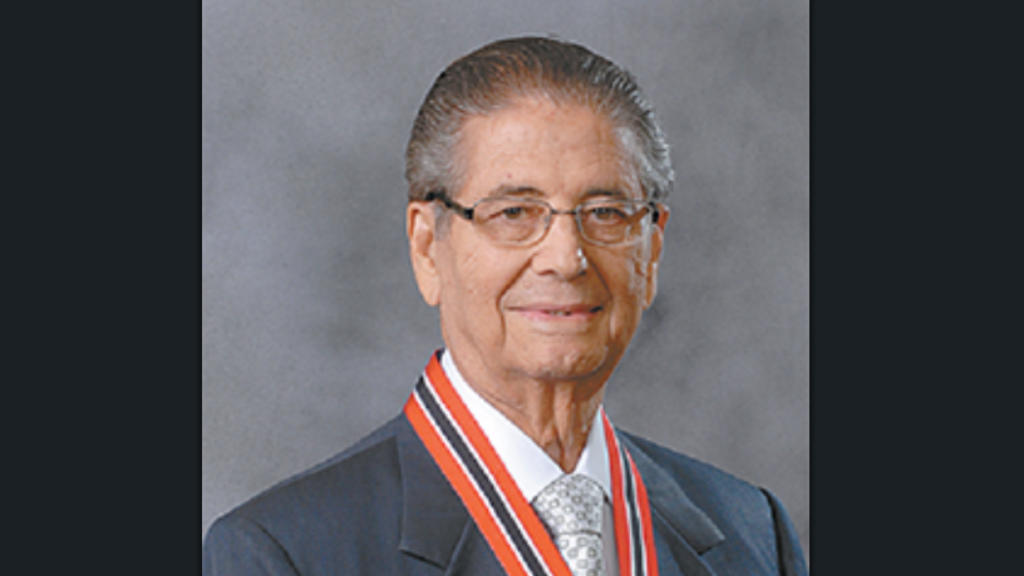 The death of the 94-year-old was announced to the Ansa McAl family by his son Norman Sabga.

"His family, all of us, will remember him as straightforward, a sincere and passionate leader, devoted friend and mentor to those who needed his assistance. Never having lost his humility, Dr. Sabga encountered people of all backgrounds, regardless of race or gender and even at the age of 94 was still able to impart knowledge to those who were around him," he said in the statement.

"We will never forget his words, 'Find a job that you like and you never have to work one day in your life'. He certainly did, and we hope that the lessons of his life, of persistence, hard work, generosity, care for those less fortunate, honour, and respect for all persons will live on in each of us."

Sabga came to Trinidad from Syria in 1930, and at the age of thirteen. They were among the last of the Christian immigrants from the former Ottoman Empire, fleeing from religious persecution to come to Trinidad in 1930. They lived on Duncan Street in Port of Spain where young Anthony attended Nelson Street Boys R.C. School. At age 14, when his father was ailing and had returned to Syria, he joined his two brothers in running the family haberdashery business, N.S. Sabga and Sons at No. 73 Queen Street.

He decided to leave the family business and struck out on his own to form Standard Distributors. He established Ansa Industries in 1966 to the beginning of ANSA Industries to manufacture refrigerators, cookers and other electrical appliances to sell in his store.

The success of that venture saw Sabga winning the first Prime Minister’s Award for Export Performance in 1968.

Sabga established subsidiaries in other Caribbean islands and expanded his business in the area of publishing and printing.

In the 80s with the country going through a harsh recession, Ansa merged with McEnearney and Co. and Alston’s Ltd., creating ANSA McAl, a regional leader in manufacturing, distribution, services, packaging, automotives, media, shipping, travel, banking, insurance, real estate and most recently, energy.

In 205, Sabga established the Anthony N Sabga Caribbean Awards for Excellence to recognise and reward excellence in the Caribbean region.

Launched in 2005, prizes are awarded in the spheres of Arts & Letters, Science & Technology, and Public & Civic Contributions. The first laureates were named in 2006,

Throughout his life, Sabga earned many awards: