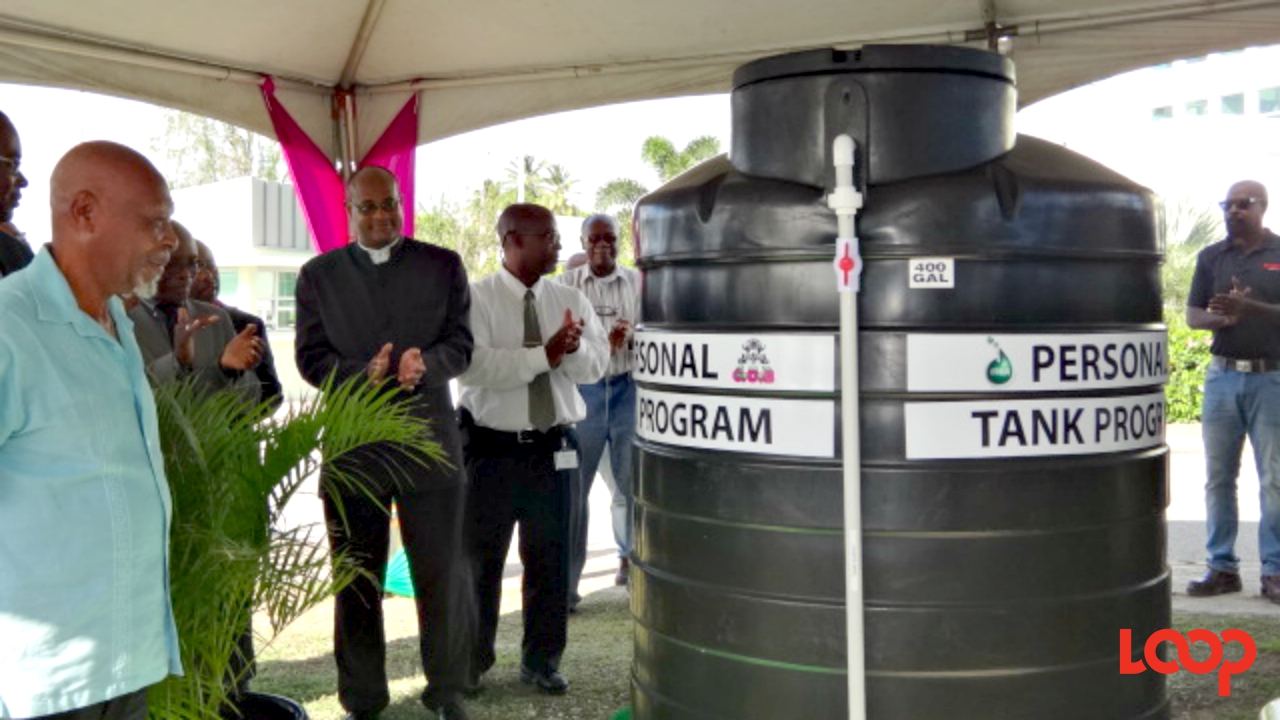 BWA Chairman Dr Atlee Brathwaite at the unveiling of a tank for the COB-supported Personal Tank Programme.

The Barbados Water Authority (BWA) has launched the Personal Tank Programme (PTP), a water storage system managed by the BWA that will be first available to the most vulnerable in the parishes affected by drought.

The Public/ Private Partnership offers residents in  St. John, St. Peter, St. Joseph, St. Andrew and St Thomas the opportunity to have a 400-gallon tank, pump, fittings and installation on a full-tank solution under a five-year interest-free hire purchase agreement from the BWA. The tank will be connected to regular plumbing and filled by the BWA tankers under the Rapid Response Unit during outages.

BWA’s Chairman, Dr Atlee Brathwaite, said residents in those areas who genuinely cannot afford the cost of the system will undergo a means test and be offered an interest-free loan from the BWA.

While the system is first for the most vulnerable, other Barbadians can be a part of the PTP. If they cannot afford the system, funding will be available through the BWA partnership with the City of Bridgetown (COB) Credit Union Ltd.

He says the project not only recognises the social responsibility of the BWA, but represents one step towards them becoming a modern, efficient and financially viable organisation, independent of government subventions.

“We are all too familiar with the prolonged drought of two years ago, which affected hundreds of residents in the north of the island, particularly in St. John, St. Joseph St. Peter, St. Andrew and St Thomas. This uncomfortable situation for residents and the BWA followed four years of below average rainfall which kept water levels low at the Golden Ridge and Castle Grant Reservoirs as well as the East Coast,” he said.

The Authority’s investigations, he said, revealed that there was reduced production from the wells feeding Golden Ride and Castle Grant reservoirs due to falling water tables.

The PTP has been launched because the BWA recognises that actions to implement robust water management are crucial.

Dr Brathwaite is calling on Barbadians to change their approach to water conserving water and create storage capacity to support themselves in times of low rainfall which he cites as inevitable as the entire world continues to be affected by climate change.