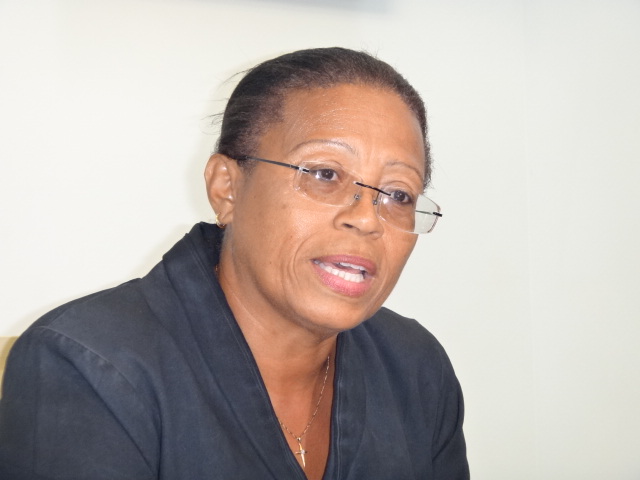 The Barbados Water Authority (BWA) has done all they can to alleviate the sewer issues that were experienced on the South Coast in December 2106, but it has not promised that this cannot happen again.

During a Press Conference at the BWA’s Headquarters at the Pine, St. Michael yesterday, Head of the Water Waste Division, Patricia Inniss, explained the situations which could lead to a reoccurrence:

“Where there is an excessive amount of water, which has been the problem and then we literally watch a rising of the levels over hours, that rising would eventually get into the distribution networks, even though we have cleared all passages so we have no blockages.”

She said they are looking at dealing with infiltration problems in the sewerage network; which will include sending down CCTV operators to look at major areas where there are cracks and try to block them.

Inniss is also calling on Barbadians to play their part, citing that the sewerage system in Barbados does not belong to the BWA. While making it clear that they are trying to “lay blame,” she says cleaners of the sewer system are amazed as to what they find - which include mops, large pep bottles, diapers, clothes and towels.

She says while it is the work of the BWA to maintain the network, everyone has a part to play since the effects falls on “all of us”.

Inniss added that the division has plans for the enhancement, expansion and upgrade of the network - among them Bridgetown, which she says is badly in need of an upgrade. It currently serves as a secondary treatment, instead of a tertiary treatment.

Yesterday she also announced that they have started a survey in the sewered districts of the Bridgetown Sewage Treatment Plant – a survey that began last week and will last for a year.

Four surveyors will be in the Fontabelle and Worthing area during this month, doing door to door reaching out to the customers and collecting information as they seek to update their database.

In seeking to allay the fears of Barbadians who might be “iffy” to open their doors to the surveyors, she said, they will wear badges with the BWA logo and also carry a picture ID when they identify themselves.