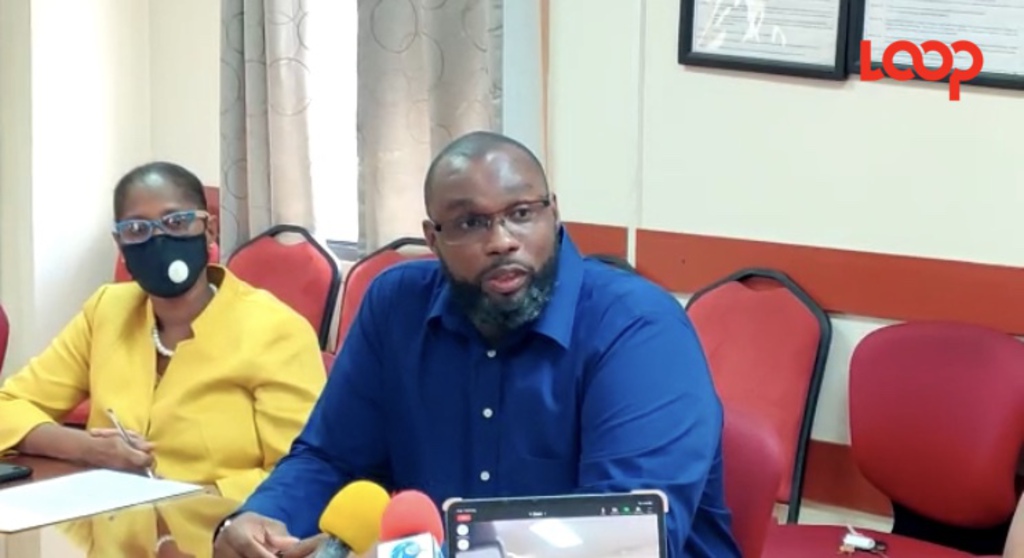 Paul was speaking at a press briefing held at the union's Solidarity House, Harmony Hall headquarters when identified that the industrial relations climate in Barbados was being "challenged" presently with companies threatening mass layoffs, salary cuts, unpaid wages and unfair treatment of employees.

Paul said it was stated by economic officials that the construction sector will lead the island's recovery earlier this year, however, the sector has come to a grounding halt due to the COVID-19 pandemic. He said that before the COVID-19 shutdown, 90 per cent of Jada Construction was laid off, meanwhile, Preconco was engaging in layoff discussions.

However, during the shutdown, Preconco recommenced operations but unilaterally cut salaries and wages which led to a recently settled dispute in relation to the payment of wages. He said employees have not received any update on outstanding monies from their salary cuts.

"That dispute has resulted in us coming to a position with seeing the workers just being restored their money but that still does not address the issues surrounding construction because although the workers are scheduled to receive the money that was taken from them, the prospects of them being able to work through the remainder of this year is looking very bleak and the company is signalling to us that they may have to reduce the workforce," Paul revealed.

"This plays out for every major company on the island despite the promises that construction is one of the drivers of our economic recovery. We are yet to see this," he added.

He went on to address the retail sector, especially the supermarkets who profited during the shutdown but are presently reporting a loss in sales resulting in their need to cut staff.

Paul reported that the Massy Stores chain has started layoffs and more are expected in the interim. Also, Emerald City and Carlton Supermarkets are seeking to reduce their staff complement to almost 100 people despite also having several staff members not being re-engaged during the pandemic. They have maintained, according to Paul, that their decision has been influenced by their inability to return to normal opening hours post lockdown measures.

"We all know that normal hours for supermarkets is now solely and wholly in the hands of the owners of these businesses but yet they are still seeking to operate on reduced models thereby funnelling the workforce into these businesses at hours which for many are not convenient because we have the entire Government workforce and many private businesses returning to 8 am to 4 pm and 9 to 5 jobs facing a supermarket industry that still shuts down at six o'clock on an evening without any explanation but they are saying they need to cut staff," Paul remarked.

He added: "They are also claiming that persons in the hotel sector are laid off and thereby their customer base is down. I believe that like all of us during COVID we have experienced seven deaths so, therefore, I believe everybody in the hotel sector was still being able to purchase and supply themselves with at least basic food items that were all being purchased during the supermarket chains.

We need to get explanations from their particular retailers as to how you can have such a large increase and influx in business only to result in you turning on your staff who we were all praising for giving such service and then reward them by having them sent home."

Paul also reported that the major duty-free stores which have been impacted the pandemic were engaging with staff to find alternatives or new work arrangements to keep as much of their staff as possible.

The Director of Industrial Relations shared that the banking sector did not escape the wrath of the pandemic either, with First Caribbean and Republic Bank permanently closing several of their branches. Republic Bank has provided placement for dislocated staff, however, First Caribbean's closure will result in the loss of jobs. Paul indicated it is anticipated that the banking sector is poised to make further changes as its operations have significantly impacted by deferred payments.

Additionally, international carrier, American Airlines is also expected to reduce their fleet in Barbados after reporting they will cut 19, 000 jobs by October 1.