Skip to main content
Breaking News |
CXC candidates have a month to submit their queries, pay for reviews
Advocate calls for reaffirming of deaf people's human rights
Grand jury indicts one police officer in Breonna Taylor death
Principal of Deighton Griffith Secondary transferred despite petition
COVID-19 Update: No new cases for third consecutive day, one recovery
Coronavirus cases in the Caribbean as of September 23 at 10am: 188,512
BUT President: Teachers ready for the challenge of re-teaching lessons
Transport Board keeps its promise of routine checks for new fleet
Petition demanding a review of CXC July 2020 results started
Government pushing for renaming of UWI Cave Hill Campus 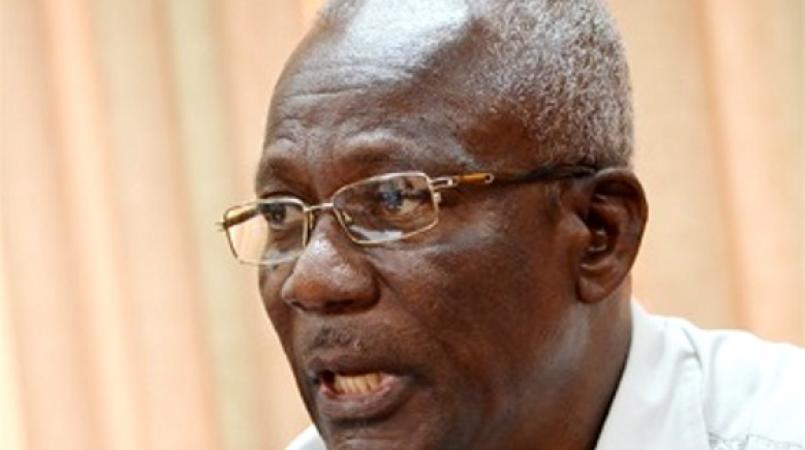 Advisor to the General Secretary of the Barbados Workers Union, Sir Roy Trotman

The bargaining agent representing employees of G4S has taken several of its concerns against the security firm before Minister of Labour and Social Partnership Relations, Colin Jordan.

Advisor to the General Secretary of the Barbados Workers Union, Sir Roy Trotman said over the last few days there had been many statements, some inaccurate, about strikes and pitch battles being planned against the company, and that no word had been forthcoming from the Union.

“I wish to indicate that today [Thursday, October 31], the Barbados Workers Union did meet with the Minister of Labour, and we were able to indicate to the Ministry of Labour [several] issues which have been outstanding for quite some time. They have been [so] because they had not been escalated up to his office by the Labour department where we had sent some of them.

“We had also raised a number of issues, which were not sent to the LD, but which have been occasioning significant amount of challenges for the workforce and sometimes make it appear as though the workforce is a battlefield. Those issues have not, in every case been dealt with by the union and the management, and, in those cases which we raised at the Ministry, the minister now hearing for the first time has to be given time to be able to meet with the G4S people and then he has to able having talked to them, has to come together with the Union so that there can be tripartite discussions in that area,” the trade unionist explained.

Sir Roy, himself the former General Secretary of the BWU, said in those circumstances it would be unfair and “certainly not be decent” to go into the details where total and open transparency was necessary.

“The company does not at this stage know what we said to the minster and we, therefore, would not feel that it is proper to make it public knowledge, but we can assure the public that yes there are problems that G4s workers are experiencing. Not least among them is a horrible arrangement where the company engages security officers, [dresses] them up in the same clothes, make them do the same work, call them by a different name called stewards and pay them significantly less than the security officers.

“What that is doing is threatening the security of the workers who have been there for 25 and 30 years. It seems to us that there is a sinister arrangement where the older people for some reason and another always finds themselves either on the verge of feeling that they are about to be terminated or on the verge of being actually terminated,” the veteran trade unionist noted.