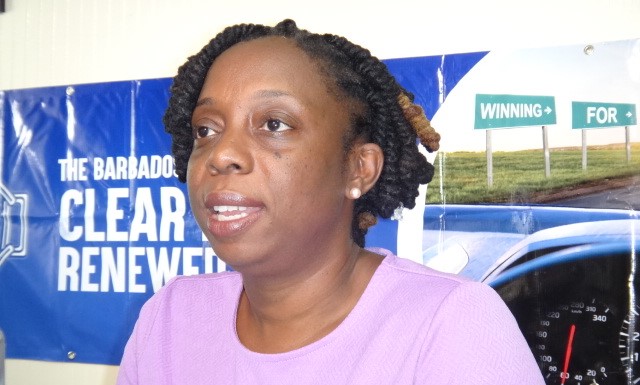 The Executive Council of the Barbados Workers’ Union (BWU) is not contesting the fact that layoffs occurred, however, they are not satisfied with how the government went about sending home persons from across central government.

Word of this came from Senator Toni Moore, General Secretary of the BWU, who said that although it has to be done, she is more concerned as to how it is being done.

The exercise so far has not impacted large numbers of BWU members directly, but even where there have been a few impacts to constituents, the BWU has been concerning itself with the handling.

"Our issue has not been with what was done, but rather, the way it was done, particularly since the approach to the retrenchment exercise to date has not been consistent with what was agreed at the level of the Social Partnership. As the BWU prepares itself for a series of meetings where retrenchment is contemplated across several State-Owned Enterprises (SOEs) where the BWU is the accredited representative of the workers, we remain very mindful and attentive to the approaches which we must protect against if fairness is to be guaranteed," she explained.

Calling the process “disheartening” Senator Moore said that the selection and retrenchment did not go as discussed during the social partnership meetings.

She admitted that since meeting at the end of May to discuss the exercise, the BWU had realised and accepted it was necessary. But she asserted that the union bargained at the table in the interest of their members and country Barbados.

Moore said the Union was constrained to consider and accept a number of difficult alternatives including the proposal to undertake a retrenchment exercise across the public sector in the effort to maintain a number of critical positions, and not the least of which is protecting the Barbados dollar from devaluation.