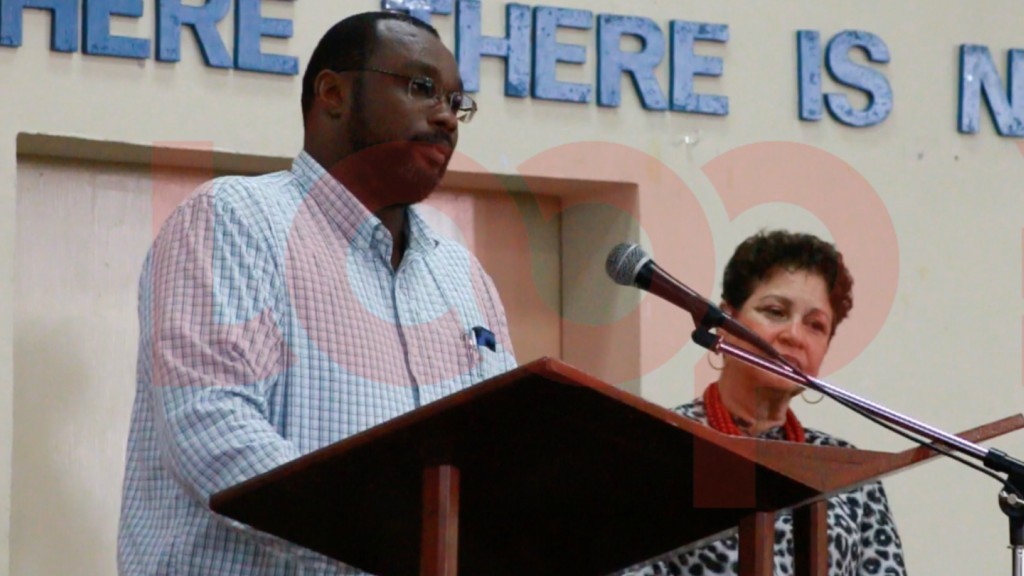 The Barbados Workers Union (BWU) has thrown its support behind the Barbados Secondary Teachers Union (BSTU) as they seek to protect themselves from incidents of violence in schools.

Deputy General Secretary of the BWU, Dwaine Paul, spoke to BSTU members at a mass meeting on Wednesday, urging them to report and make public every incident of student-on-teacher violence, however minor.

“We have to make it public where ever necessary because … it is time to tear up the veils and expose what is there and it has to be in people’s face.”

Paul said there needed to be a “central depository” for all reported incidents to then be forwarded to the Ministry of Education, noting “we have a lot of people in positions who are refusing to address the situation.”

Both the BSTU President and Paul accused the Education Ministry of “burying their heads in sand” when it came to acknowledging that gang activity exists in schools.

“Everybody in Barbados knows the deterioration that is taking place within the school system. I have to use to the word groupings because the Ministry does not want to believe there are gangs in the schools. A fight does not end today because somebody goes and tell somebody else and there is a reprisal... as teachers, you are caught in the middle.”

Paul also said he has received complaints from children of BWU members who said they fear for their safety because of the weapons students come into schools armed with.

The BSTU yesterday circulated a protocol to its members informing them of steps to take in the event that they are verbally or physically assaulted while on the job.

Teachers taking matters into their own hands