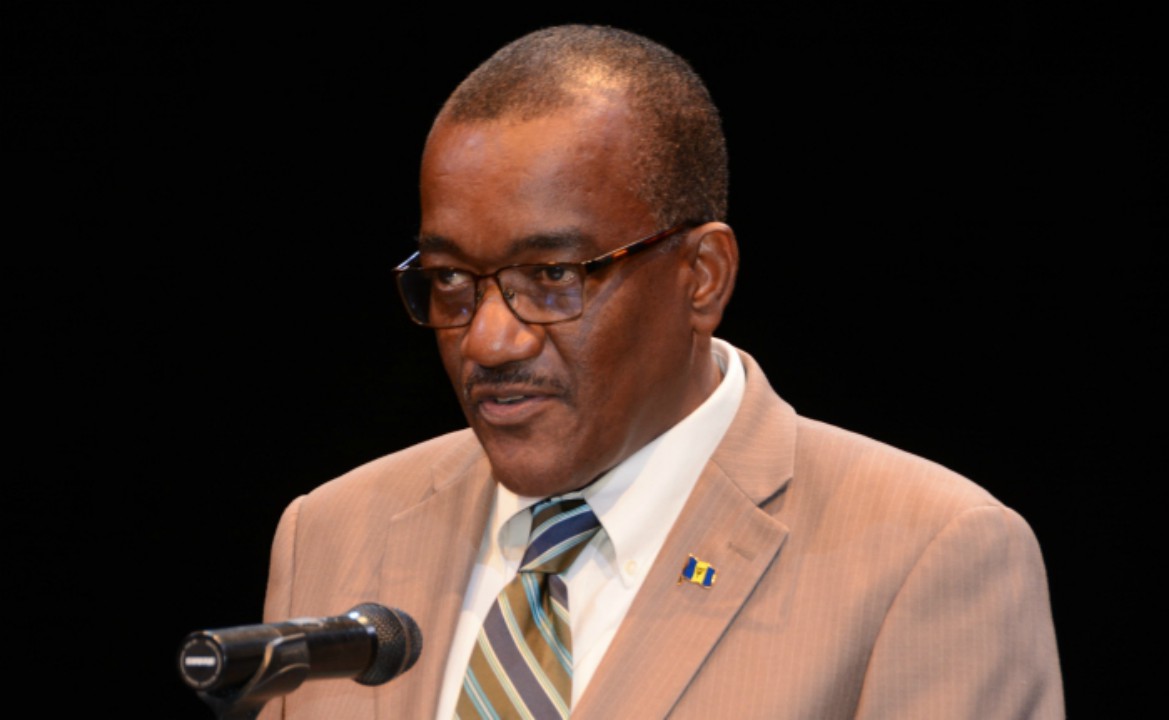 Minister of Health and Wellness, Lieutenant Colonel Jeffrey Bostic, speaking at the launch of the Childhood Obesity Prevention Campaign at the Frank Collymore Hall on Wednesday. (C.Pitt/BGIS)

Government is examining the feasibility of restricting foods high in salt, fat and sugar from the school environment and from being marketed to children.

This is one of the initiatives the Ministry of Health is exploring as it seeks to address the issue of childhood obesity in Barbados.

The disclosure came from Health and Wellness Minister, Lieutenant Colonel Jeffrey Bostic, on Wednesday as he addressed the launch of the Childhood Obesity Prevention Campaign at the Frank Collymore Hall.

The campaign, an initiative of the Heart and Stroke Foundation of Barbados, and dubbed Stop! Yuh TOO Sweet, will initially focus solely on the support of policy change to ban the sale of surgary drinks in schools.

Minister Bostic cited a report by researchers at the University of the West Indies which revealed that in 1987, only 8.5 per cent of Barbadian school children were obese. By 2010, the percentage rose to 32.5 and it was now projected that the figure would move to 50 per cent by 2030.

He noted: “Childhood obesity is harming Barbados through its impacts on the health and social fabric of the country. Not only is the burden of obesity in children large but it is projected to continue growing unless we take decisive action.”

The Health and Wellness Minister assured the audience that the Ministry was committed to addressing the issue in several ways including working in partnership with a variety of agencies.

Other initiatives include promoting breastfeeding as an integral part of early child nutrition; supporting the monitoring of growth and development in early childhood; and encouraging regular physical activity in school-aged children.

He also disclosed that the Ministry would be engaging the food industry on reducing the production, manufacture, distribution and marketing of energy-dense and high-salt foods.