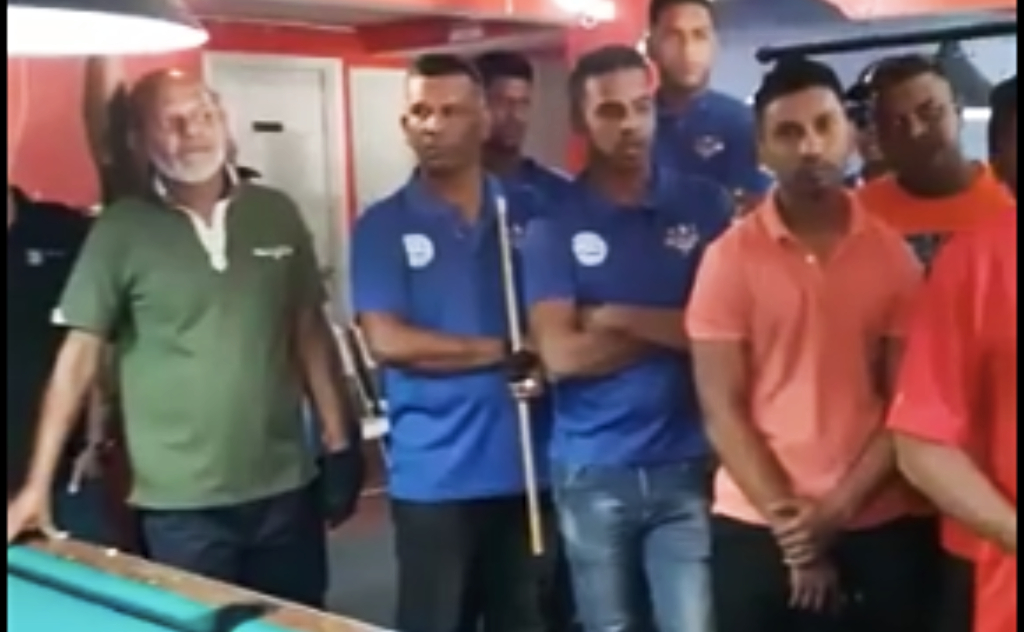 Caribbean players at Casablanca awaiting the arrival of the organiser during the Facebook Live video on Sunday, October 28, 2018.

A woman is assisting police with investigations into this pool tournament saga.

She is a female promoter.

Fifty-one participants from across the Caribbean region as far North as Jamaica and South as Guyana flew to Barbados and joined a few Barbadian players for a pool tournament - Rack 'em up, which never came off.

Left with a bad taste in their mouths, after days of mounting issues since some of them arrived on island Tuesday and Wednesday, October 23 and 24, up until 1:30 pm on Sunday, October 28, the tournament day, the aggrieved parties ended up at the Oistins Police Station with the organiser of the tournament.

A representative of the Barbados Pool Development Organisation also confirmed to Loop News that the police are currently investigating the incident.

Yesterday, when Loop contacted the Central Bank to find out about the tournament because the poster stated that the venue would be the Courtney Blackman Grand Salle, Central Bank of Barbados, the representative from Frank Collymore Hall said that prior to Sunday, the host had cancelled the event and said the location had been switched.

Speaking to Loop News today, Friday, November 2, one attendee from Trinidad, part of the five member-crew that flew in from Trinidad and Tobago, Aaron Raghoonanan said that the last time he saw the host - Sherri Shepherd, was at the police station. Calling her "a crook and very heartless" he added that "in the station, she was laughing like it's a joke."

Asked how much the trip for the tournament set him and his colleagues back, he said, "Each ticket cost $400 US and the hotel was $90 US per person 'cause we shared rooms. It  would have been more if we didn’t." Meanwhile, people from Guyana paid around $2000 US in airfare, and Guyana had the largest contingent with 11 players and four other persons coming along for support.

However, Rhagoonanan said the first red flag was a WhatsApp message from Shepherd minutes before they departed Trinidad. "We got a voicenote from her saying she can’t give anything 'cause no sponsorship was given."

The registration fee paid by all 51 players was $75 US per player.

In regard to the venue change, Rhagoonanan clarified also that the tournament location was changed to Casablanca and the players voted to have it moved to Mr Q. He said that hosting a tournament of that calibre at Casablanca would set the sport back, and the organizer agreed. However, on Sunday they were told to show up at Casablanca and that a representative will be at Mr Q directing spectators and participants to Casablanca.

On Sunday, the day for the tournament, not one shot was played.

Nazim Mohammed from Trinidad on the Facebook Live done Sunday evening said that she collected registration fees from the players. "All the 51 players feel aggrieved because we've received no airfare. We received no free accommodation. People came here and had nowhere to stay and we had to find money from our pockets to pay for everything: airfare, accommodation, and registration which to date has not been refunded."

The Facebook Live video was done at half past one and the tournament was to start at 10:00 am at the Casablanca Sports Bar in Maxwell, Barbados.

According to Rhagoonanan, the organizer arrived at 2:00 pm and declared the tournament cancelled. This was when the police were called.

He said that some officials from the Barbados Pool Development Organisation had tried "to rectify some of the wrongs," but he added, they "had said that it is out of their hands because they did not sanction the tournament."

The players from St. Kitts and Nevis, St. Lucia, Guyana, Jamaica, Dominica, Grenada, Martinique, Trinidad and Tobago, along with Barbados did not get to play in a tournament.

Mohammed, said that the video was made and posted on Facebook, because, "In addition to being robbed, this is also a diplomatic dilemma, and we are hoping that the various embassies of the seven nations that are here would see this video and take action, and hope that the government of Barbados would feel the hurt that we feel."

He also called for action from the Minister of Sport and the Prime Minister.

Larry Noel from Grenada added that as a qualified Billiard Congress of America (BCA) referee in the United States, he held a Referee clinic as mandated with associates, referees and players, yet on Sunday after he did a draw for the tournament, he refused to proceed with the tournament because the organiser was a no-show. He said it made no sense proceeding without refunds nor prize monies because there was no guarantee that such would be forthcoming.

Ryan Batch from Georgetown, Guyana said that what was to be "an exciting and very wonderful time" turned out to be "in my words, a scam". Stressing, "We're not going to blame Barbados", he said, however, this is "wrong" and it should not be allowed to happen again.

Batch said that it is regretful that this event snatched some of the love from the Caribbean pool brotherhood, from this family. 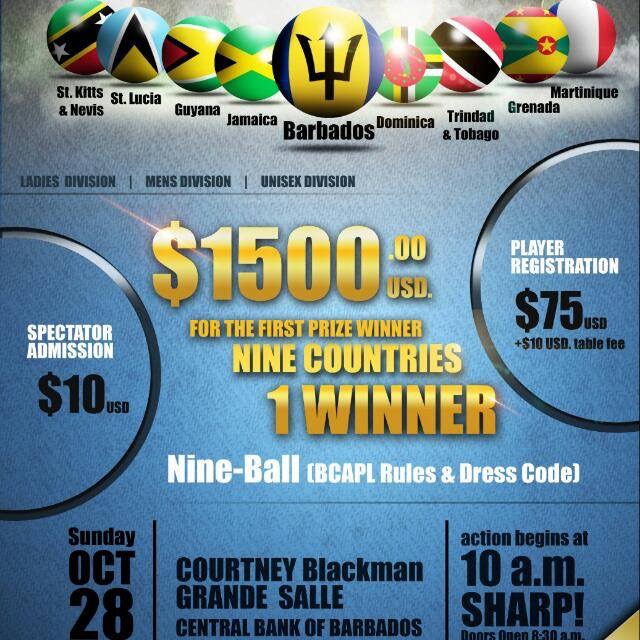 Today’s Tech Tip: Don't be hooked by a phishing scam