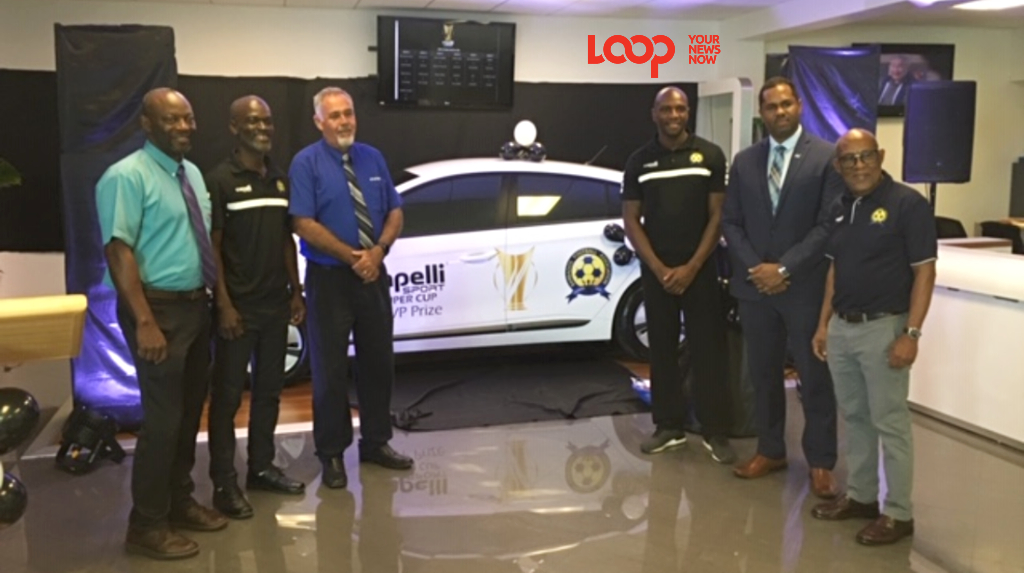 The anticipation of the most lucrative football tournament to be hosted by the Barbados Football Association (BFA) is brewing and it got closer to a boiling point yesterday when the official draw took place at Courtesy Garage.

Twenty-five teams were placed into six groups and will vie to be crowned the inaugural champions of the BFA Hyundai Capelli Sport Super Cup, which kicks off on September 1st.

Courtesy Garage via its Hyundai brand, a global partner with football, will present the competition’s Most Valuable Player (MVP) and a lucky fan with one vehicle each.

The MVP will receive the ever-impressive hybrid vehicle, the Hyundai Ioniq, while the Grand I10 Sedan will be awarded to the supporter.

Courtesy’s representative Phillips Bynoe said he is very pleased to be a part of the initiative and sporting history and pledges his company’s full support behind the tournament.

With sponsorship being one of the association’s greatest challenges in recent years, the tournament has been fueled by the FIFA Forward 2.0 programme.

The FIFA Forward programme provides financial support to member associations throughout the world to aid in development in all areas.

According to FIFA Regional Manager for the Caribbean, Marlon Glean, Barbados has been a forerunner in the use of their programme funds, identifying the infrastructure at the association’s home in Wildey as tangible proof.

“Barbados has emerged as a leader on the use of forward funds in their approach to developing the game. Using the forward funds in this particular project, the Capelli Cup is an indication as to Barbados efforts to provide sufficient time and effort in terms of development of football on the island”, said Glean.

President of the BFA, the Caribbean Football Union (CFU) and Concacaf Vice President Randolph Harris said the tournament is a step in the direction of professional football.

Harris said that professional football is one of the goals of the BFA, for if Barbados is to be competitive in the many regional and international tournaments we must have full time players.

“We are looking to the future right now and the future is professional football”, said Harris.

The BFA president said the tournament also serves to resurrect the interest that football so proudly held 20 plus years ago while sharing their home with all of football stakeholders.

Former Barbados Men’s senior team captain Emmerson Boyce who is also the former FA Cup winners Wigan Athletic’s skipper was the official host of the draw and below are the groups of the BFA Hyundai Capelli Super Cup.

Fathers in Football: Harris wants men to step up as mentors