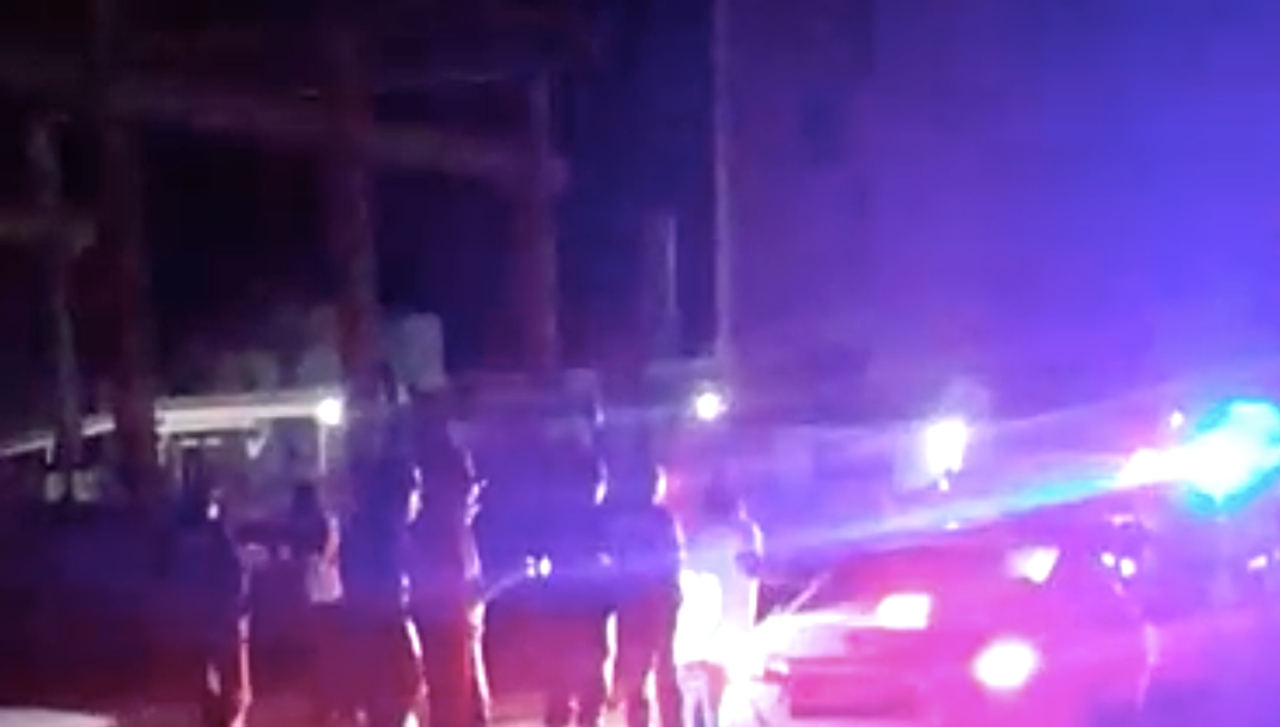 Scene in the parking lot by the Flour Mill after the fatal shooting.

Violence is having a negative impact from venue owners, cruise operators and promoters.

“People do come out to enjoy themselves and they want to feel safe and if that environment despite it might be Dream Chaser, Harbour Master, Pirate’s Cove whatever, it [the violence] is moving around and it’s not good for entertainment, not only us but promoters in the whole.”

This is the view of Captain and co-owner of MV Dream Chaser, John Moore.

Related article :Cousins in shock after their 'King of Cheesecake' was gunned down

Moore said that though the tragedy was not on board he felt it to necessary to speak to it and to urge persons to cease and desist with the violence immediately.

In essence, the management of the vessel were saying that persons hell-bent on engaging in violence should let those paying their money to enjoy themselves without accident or incident do so in peace.

He extended condolences to the family who are mourning the death of their loved one, as he said that things have to change because there is a backlash.

In the telephone interview, Moore stressed that though the unfortunate situation unfolded off the vessel in the parking lot where he said that it appears the perpetrators were waiting, it has had an impact directly on the boat and business.

“It had an effect despite it was not on board due the fact that the patron had just come off the boat and while pretty much in the vicinity of the boat it happened.”

He admitted that all yesterday morning, he was overwhelmed and bombarded with phone calls and concerns. He said that especially persons outside of the regular party and Crop Over event promoters, more non-secular persons were calling, “with one promoter – a school, actually pulling their event”. And he said that he understood the response by clients and potential clients, especially the school, though the shooting was not on the vessel.

However, as it relates to violence on board, the MV Dream Chaser’s newly installed cameras are doing their job, affirmed Moore.

Since an altercation which ended bloody onboard the vessel more than a month ago, they installed cameras and increased security.

“The monitors are in by me by the bridge, security comes in an take a look and I myself monitor it as well, and the patrons do know now that the vessel is monitored. So persons are aware.” Since they were installed there have not had any repeat incidents to that extent on board.

He said the cameras have also allowed them to be proactive as opposed to reactive. “You can stand from one place and keep an eye on everything so if there is something that looks like it’s about to fester, you can approach early and diffuse it.”

Our condolences, prayers and sympathy goes out to the family of Donason Husbands.
While deeply saddened with the loss of life the Management of the MV Dream Chaser wish to make an appeal to the perpetrators of violence on our vessel and the environs of our vessel to please cease and desist with immediate effect. Let persons who want to come out and enjoy themselves, do this in a peaceful manner.

We take our patrons safety to heart and we will be cooperating with the Royal Barbados Police Force to the fullest extent to ensure these tragic events of the last month do not reoccur.

It is in times of tragedy we need unity and togetherness in fighting the trend of violence that is not only present in isolated pockets on our vessel but prevailing throughout Barbadian society as whole.
As a country we need to stand together in condemning this senseless act of violence and send a message that we, together believe in a peaceful and unified Barbados.

We wish to thank you in advance for your support in ending the violence and further extend our sympathies to the loved ones of Donason Husbands.

The Management of MV Dream Chaser.